From time to time MSJDN recieves requests for support, and we are pleased to announce our support of a forward-looking candidate for president of the DC Bar. Lorelie S. Masters, a partner at Jenner & Block, served on the ABA Commission on Women in the Profession from 2009 to 2012. The Commission was a key supporter of MSJDN’s ability to obtain unanimous support from the ABA through Resolution 108 in 2012, which encouraged bars across the U.S. to support licencing changes for military spouse attorneys. 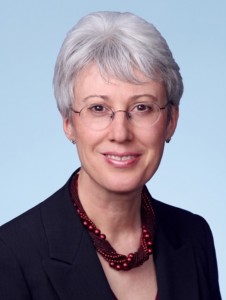 Masters was appointed last year by ABA President Laurel Bellows to her Gender Equity Task Force partly due to her long history of leadership and accomplishment in the DC Bar. She has served on the bar’s Board of Governors since 2010, including participation in the Litigation Section Steering committee from 2003-2009 and chairing it from 2004 to 2006.  She also chaired the Section’s Community Outreach Committee and the popular Youth Law Fair.  She was part of the team that proposed and helped create the DC Bar’s loan forgiveness program for lawyers in non-profits and public service, and served as president of the Women’s Bar Association in DC from 2007 to 2008, organizing the WBA’s Diversity Summit and overseeing the writing of the WBA’s Initiative Report, Creating Pathways to Success for All.

Her support for women’s issues continued with her work as Co-Chair of the ABA Commission on Women’s Women of Color Research Initiative and was a key drafter of the report,Visible Invisibility:  Women of Color in Fortune 500 Legal Departments.

Other groups endorsing Masters include former ABA President (and former DC Bar President) Carolyn Lamm and nine other past DC Bar Presidents. She is also endorsed by Nancy Duff Campbell of the National Women’s Law Center, and by leaders of APABA DC, HBA DC, GWAC, the WBA, the Washington Bar Association, and other bar associations and groups.

Ballots for active DC Bar members will be distributed tomorrow, April 30th, and must be returned by May 24th. Results of the election will be announced on the  Bar’s Web site and during their annual Bar Award Dinner and Annual Meeting on June 18 at the Mayflower Renaissance Hotel. We’re proud to support a lawyer who has worked with the ABA’s Commission on Women, one of our own key advocates for change in the profession. Congratulations and good luck, Lorie!

To find a ballot and vote for Lorelie, you can visit her website here: www.loreliemasters.com