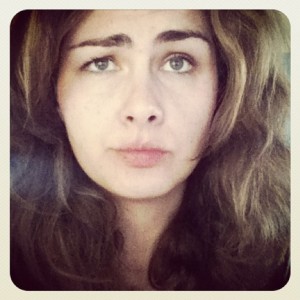 The DoD Military Family Readiness Council has been under fire in recent months, and some of the reviews have been downright scathing. With a mandate from Congress to consider the efficacy of military family programs, together with a sequester tourniquet being squeezed ever tighter, you’d expect this to be a Council that gets in and rolls their sleeves up.  But the reality is that their meetings appear to be more of a policy review of the various policy reviews of the many military family programs. Confused? We are. And apparently so are they.

Perhaps that’s because the Council is sponsored by the DOD, but like so many family and spouse organizations, does not fall within the typical chain of command; this Council reviews policies and provides recommendations to the Secretary of Defense. They’ve been plagued by slow starts and unclear authority.

MSJDN submitted a report to the Council prior to the recent May 1 meeting at the Pentagon, detailing our work to ease licensing burdens for milspouse attorneys across the country, and encouraging the Council to consider a focus on programs that support licensing issues. Based on their stated purpose you might expect a town hall meeting format where various data is summarized, reported upon, and discussed.  You might expect that various members of the community, Family Support Organizations and Veteran Service Organizations would have the opportunity to address their concerns. However it was more like a briefing than a collaborative event.

For example, MSJDN’s submission was listed under “Items for Consideration” on the Agenda, and was among five contributors whose names were shown on a slide. That was the extent of the submission’s discussion. The reports were not made available to the public. Their contents were not summarized. Councilmembers were told that they had been given copies of the submissions, but no discussion of any of the submissions occurred. In fact, on the record commentary from a few of the Councilmembers indicated that they were given the information either just prior to or during the meeting itself.  The general public was not offered any information, and other than being told that the submissions existed, it wasn’t clear whether the Council would take any action that would consider anything. Next slide, please.

MSJDN’s Steven G. Fisher was present for the meeting, which was also attended by numerous representatives from various Veteran Service Organizations and stakeholders in Military Family Readiness like 2012 Military Spouse of the Year and Military Family Special Needs Advocate Jeremy Hilton, and MOAA’s Deputy Director of Government Relations, Karen Golden. All of them expressed the sentiment that the Council is a work in progress with considerable room to grow.  The Chairwoman, The Honorable Jessica Wright, Acting Undersecretary of Defense (Personnel and Readiness) and former Adjutant General of the commonwealth of Pennsylvania, acknowledged this fact from the outset and expressed how important the military family is to the success of the overall mission.

Fisher has confidence in Secretary Wright’s abilities to steer the group going forward. He knows her from his days in the Pennsylvania Army National Guard, and remembers her as the first person to greet him when he came off a plane from a 2006 Iraq deployment. “I certainly see the value of an organization like the DoD Military Family Readiness Council that provides constructive feedback to the leadership regarding the critical programs. But the organization needs to continue to refine their goals,” summarized Fisher.

As of now the public can attend, but there is no public comment. MSJDN will continue to submit reports and send representatives on behalf of military spouse licensing initiatives, in the hopes of making this Council a place where individuals and interested groups like MSJDN can have a voice (and perhaps some action) on matters that affect military families.