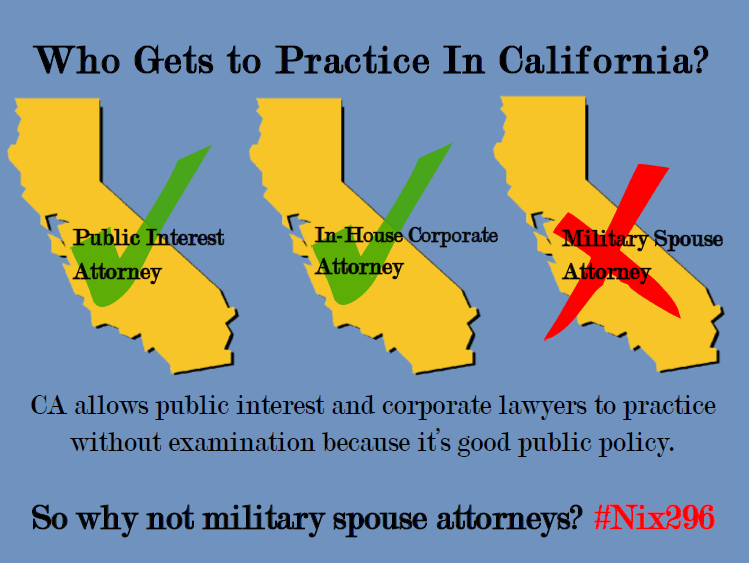 We are overwhelmed by the show of support we are receiving, but also overwhelmed by calls about action items. What can we do, you ask? In addition to continuing to spread the news on social media (and please do, our #Nix296 hashtag is getting TONS of attention!), here are the top action items for WEDNESDAY:

FOR MSJDN MEMBERS:  MSJDN is putting together a comprehensive written report to the Senate Judiciary Committee and we want to include YOUR stories. While everyone could write in individually, our concern is that the overall message could get lost amid the response. So we would like to put together everyone’s stories and contribute them in conjunction with MSJDN’s official statement.

If you would like to participate, simply write your statement in 300 words or less and email it to nix296@msjdn.org by noon Wednesday. Don’t worry about covering all the arguments, MSJDN’s position paper will do that. Instead, tell your personal story. Explain why YOU oppose AB 296.

FOR EVERYONE: We have been informed that the most effective person to contact in order to make a statement opposing AB 296 is the Chair of the Senate Judiciary Committee, Senator Noreen Evans. We’re asking all members and supporters to contact Senator Evans and tell her “I would like to state my official opposition to AB 296.” Remember this language, because it must be included in your communication with Senator Evans’ staff.

Unlike Assemblyman Wagner, the Senate Judiciary Committee wants our input. Our comments to Senator Evans’ staff will be considered along with MSJDN’s written report, opposition letters from Veteran Service Organizations, and other items when the Senate Judiciary Committee considers the bill. To help facilitate this effort, MSJDN will be hosting a Facebook event called “The #Nix296 Callathon.” It will be a public, sharable event, and we ask that all of our members and partners pass along the invitation so we get as many people calling as possible. Then pick up your phones and Call Senator Evans. Take three minutes of your day to help us #Nix296!

FOR MSJDN PARTNER ORGANIZATIONS: A number of other military family organizations have submitted letters of support for MSJDN. We want to say thank you! We are so grateful for you! If you are part of an organization and you would like to submit a letter in support of MSJDN’s efforts to #Nix296, please contact Vice President Rachel Winkler at rhsacks@gmail.com. She can provide you with language, format, and appropriate addressee.