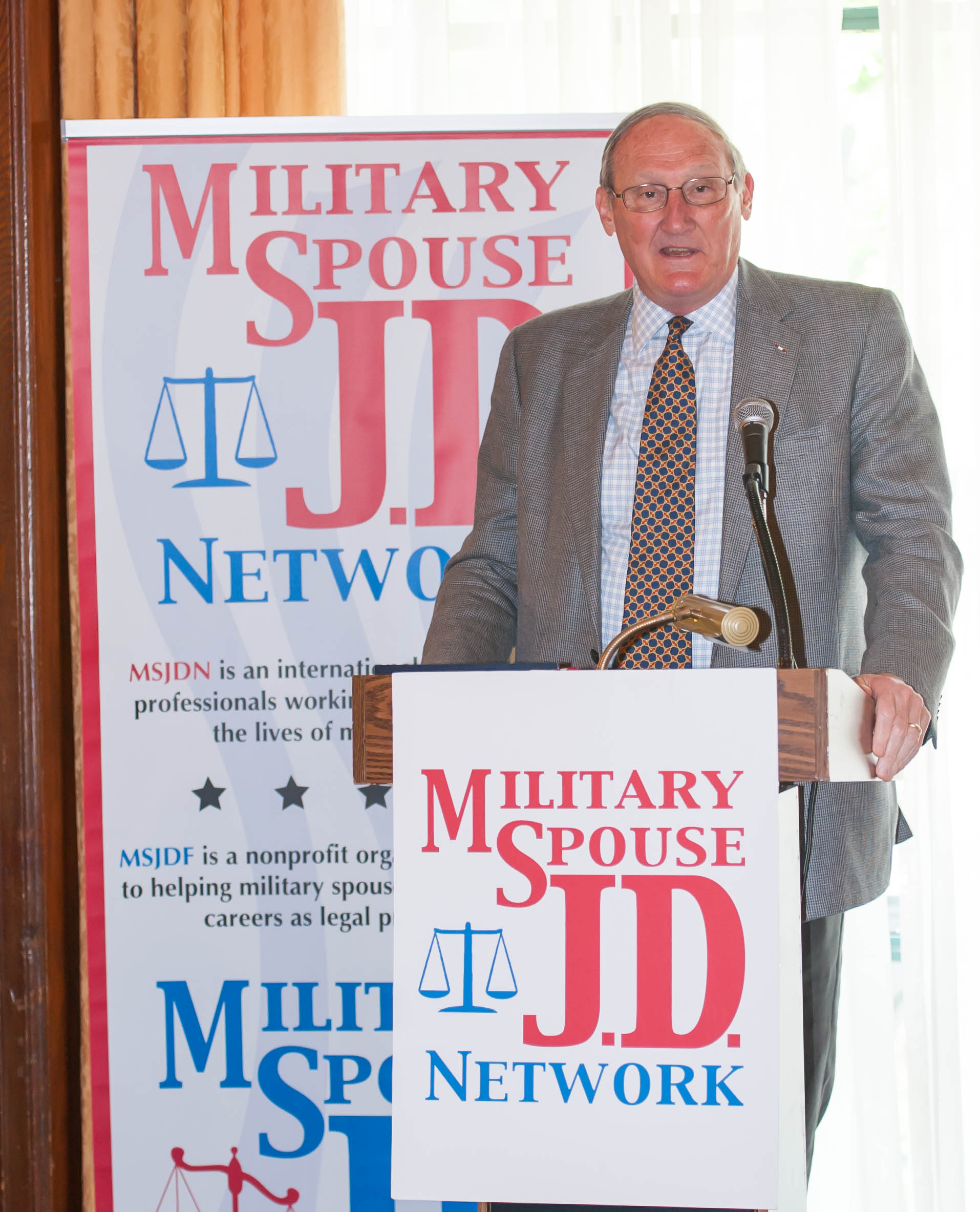 This year’s Supreme Court term wrapped up in exciting fashion, delivering breaking news decisions on voting rights and same-sex marriage. But the more newsworthy event for those in the know is the upcoming retirement of Gen. William K. Suter after a Supreme Court career spanning 22 years, two Chief Justices, 16 Associate Justices and numerous high profile decisions.

We were honored to have Gen. Suter give the keynote address at our Making the Right Moves Awards Luncheon in May. He shared personal stories about professional athletes, poked fun at the press, and received a raucous round of applause when he held out his hands and declared, “When you help a military spouse, you help a military family – and don’t you forget it!”

Today, SCOTUSblog is posting tributes to Gen. Suter, and they are a testimony to the quality, breadth, and humanity of his 22-year career at the Court. Chief Justice John Roberts writes about Gen. Suter’s commitment not only to the duties of Clerk, but also for the assistance he provides to those who argue before the court:

“Characteristic of Bill’s personal commitment to the Bar, he stands ready with supplies for any emergency that might befall counsel, ranging from cough drops, to needle and thread, to a spare necktie in the event an anxious counsel spills his morning coffee.”

Solicitor General Donald Verrelli seconded Chief Justice Roberts’ comments, saying that Gen. Suter’s tenure at the Court “sets the gold standard for public service and love of country.” He was also honored by the president of his undergraduate alma mater, Trinity University, where Gen. Suter was more well known as a six-foot-five varsity basketball scholar athlete.

Tulane Law School Dean David Meyer, who first met Gen. Suter during “a nervous first week of a clerkship at the Court,” said in him you could find a unique combination of traits, “high-achieving yet down-to-earth, ambitious yet unfailingly decent, professional yet fun-loving.”

Dean Meyer continues, calling Gen. Suter “as much an ambassador as a general,” taking the time to mentor and coach those new to the Court. A former Army JAG colleague, Hugh Overholt, recounts the story of a young Army officer, one of hundreds hired in the rush to beef up the Judge Advocate General Corps after the Military Justice Act of 1968. Given the task of discharging the young man, Gen. Suter advocated that he be discharged from the JAG School rather than the Military Personnel system where he would be separated under conditions that would wreck his future as an attorney. Gen. Overholt calls Gen. Suter “one of the most caring and decent men I have known.”

Though Gen. Suter’s retirement doesn’t begin until September 1, we know his absence is already felt in the halls of the Supreme Court. Be sure to check SCOTUSblog, as more tributes will be posted as the day closes.