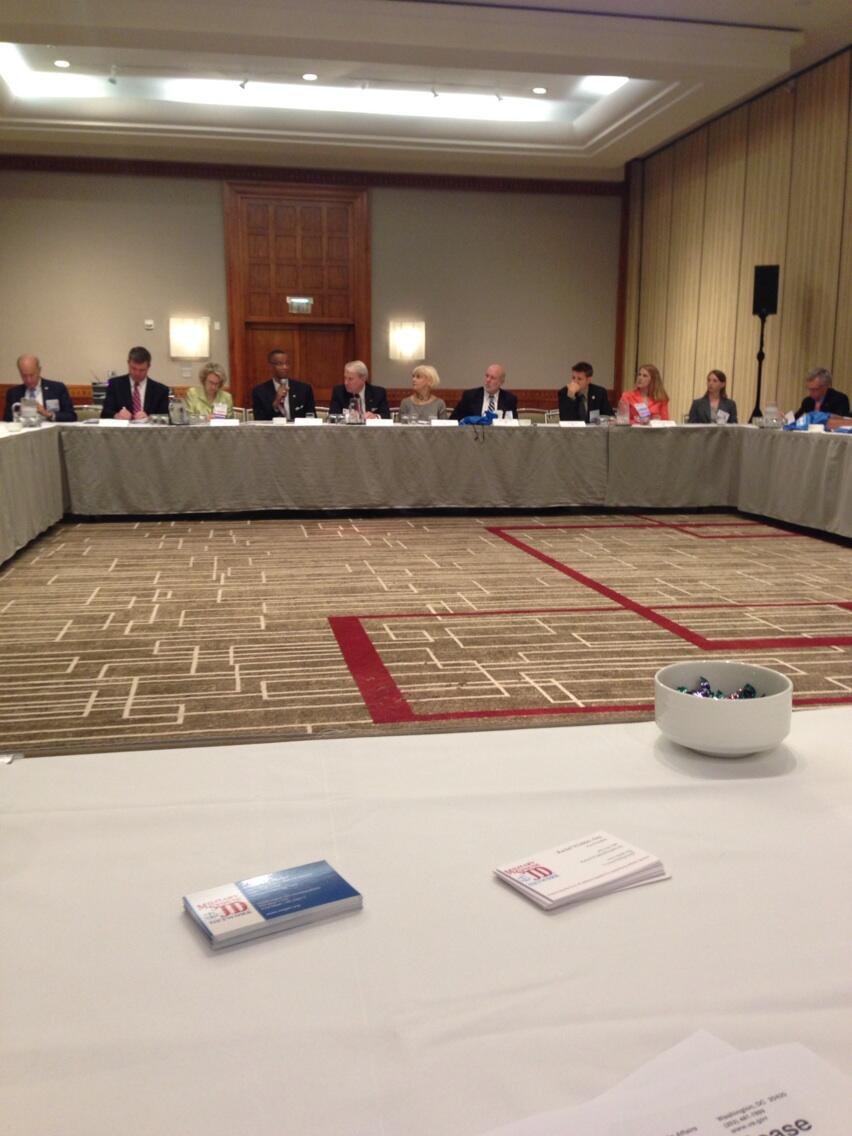 William Gunn, VA General Counsel, speaks about a new joint effort to address the legal needs of the veteran community.

MSJDN was part of a select group of military and legal leaders at the announcement of a new joint effort between the ABA, the Department of Veterans Affairs, and the Legal Services Corp. to address legal needs of the veteran community this past weekend. The Veterans Claims Assistance Network (VCAN) will train and pair pro bono attorneys with veterans in need of claims assistance. MSJDN members have a unique skill-set spanning both the military and legal worlds, and we have committed to rallying our members to be leaders on this initiative.

The announcement was made as part of the ABA’s “Convocation on the Legal Needs of Military Families and Veterans,” a roundtable of sorts that included leaders of the military and legal fields, including MSJDN. Vice President Rachel Winkler and Governance Director Reda Hicks were proud to represent our organization and to report to the group on our successes and continuing support for military families.

William Gunn, General Counsel for the Department of Veterans Affairs (VA), said of the top ten unmet needs among the veteran population, three of them are distinctly legal needs. He spoke to the group about the tremendous difficulties being faced processing the high volume of claims currently in the system with the agency’s available resources.

“MSJDN is thrilled to be partnering with the ABA on this VCAN initiative,” said MSJDN Board member Reda Hicks at the Convocation. “Military spouses are very service-oriented in general, and we like to put our skills to good use for our community.”

“We are so pleased to have the opportunity to use our knowledge as military spouses and skills as attorneys to make a real difference for our veterans.”

The broader goal of the Convocation was to increase dialogue and coordination of the many veterans’ legal initiatives currently underway. Each member of the group provided an update on their current and future projects in the military and veterans space. In addition to William Gunn, General Counsel of the DVA, also attending were Maj. Gen Joseph Lynch (ret), General Counsel of MOAA; Rear Admiral Frederick Kinney, The Judge Advocate General of the Coast Guard; Lt. Gen. Richard C. Harding, The Judge Advocate General of the Air Force; Paul Freese, Vice President of Public Counsel; Brig. Gen. James Swanson (ret), D.C. Senior Director, American Bar Association; and several other members of ABA leadership working on military and veterans issues.

Closing out the Convocation, William Gunn stressed the critical role of “jointness” between the VA and private sector volunteers in addressing these and other challenges faced by this country’s veteran population now and in the future. “One team, one fight,” he said. Echoing this sentiment in the VA press release, Secretary of Veterans Affairs Eric K. Shinseki said, “Ending the backlog is an ‘all hands on deck’ effort that requires teamwork, both in and out of government.”