In the last week, our military communities have been stricken by natural disasters and man-made tragedies:  the flooding in Colorado and the shooting at the Navy Yard.  Although US military personnel are stationed in every corner of the globe, we are actually a small community, with only 0.5% of the American population serving on active duty at any given time in the last decade, according to the Pew Research Center.  Chances are, you know people who are directly affected by one or both of these events.  (If you or someone you know needs assistance, the Navy has established Emergency Family Assistance Centers on the Navy Yard and at Joint Base Anacostia-Bolling and the Navy-Marine Corps Relief Society may also be able to help.)

The great sage Mr. Fred Rogers explained that he dealt with frightening events by following his mother’s advice to “look for the helpers.”  But we can do better than look.  We milspouses — ever resilient and resourceful — can be the helpers.  The question then is, how can we help most effectively and efficiently?

Disaster response is, by its nature, driven by local organizations.  Those groups already in the vicinity know best what they need and how to get it.  While many people are inspired to donate items directly to the victims of a disaster, the logistics of sorting, shipping, and distributing such donations often causes a substantial burden on the people trying to provide aid.  By directing our generous impulses into our own local communities and supporting local disaster relief organizations, our efforts will have the most impact. Here are just a few groups with local ‘helper’ efforts:**

Team Rubicon is a 501(c)(3) organization that leverages the skills and volunteerism of military veterans to rapidly deploy emergency response teams that can help local first responders.  Its response teams stand ready to support local disaster relief efforts in whatever capacities local officials can use them.   Team Rubicon is one of the few organizations that has received official approval to augment local disaster responses in Colorado.  Its Region 8 members will deploy to Colorado for a full disaster response (cheekily called Operation: What the Flood) starting on September 19th.   (And by the way, you can vote to help Team Rubicon get a free ad in the Superbowl!)

The Salvation Army ‘s disaster relief program focuses on meeting the immediate needs of disaster victims and first responders, like water, hot meals, and shelter.  The proceeds from your in-kind donations to their stores support these efforts.  If your community is inclined to organize a collection drive of clothing or other items, donating the items to your local Salvation Army is more efficient than trying to send them to the affected area.  The Salvation Army will even come pick up the donations!

Before researching for this post, I had no idea that Food Banks were part of disaster preparedness, but they are!  Before making your donations, check your local Food Bank to see what they need most and what they cannot use.  (Here is the list from the San Antonio Food Bank, for example.)  While Food Banks appreciate donated food, you might consider making monetary donations instead.  They are tax deductible, Food Banks have more buying power (so they get more bang for your buck), and your donation won’t expire.  Food Banks also welcome volunteers to help with sorting and distributing.

Donated blood saves lives — it was certainly critical to the response to the Navy Yard shooting.  If you live near an Armed Services Blood Program (ASBP) Donation Center, please consider making your donation there.  There are three in the Washington, DC area — the Pentagon, Ft. Belvoir, and Walter Reed National Naval Medical Center (Bethesda).  Blood donated through the ASBP is the first source when military hospitals need blood products for emergencies, cancer patients, and planned surgeries.  If there is insufficient supply, the hospital will have to purchase blood from a third party source (such as the Red Cross), which can cost about $300 per unit. 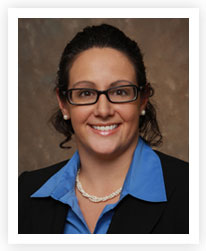 The U.S. Navy Chief of Information (CHINFO) suggests that individuals who would like to support response efforts but are not in the local area donate through the Tragedy Assistance Program for Survivors (TAPS), which “has a memorandum of agreement in place with the U.S. Navy to provide bereavement support to the families of those who die in service to America.”  TAPS has established the Navy Yard Tragedy Family Support Fund and  “[a]ll donations made to this fund will be used to provide comfort and care for the families from the shooting, including support programs and casework assistance for unmet needs.”

Additionally, The Community Fund for the National Capital region has created two funds in response to the Navy Yard shooting.  The Navy Yard Relief Fund will distribute 100% of proceeds to the families of the people injured or killed.  The Safer Communities Fund will distribute proceeds to area non-profits that work to increase accessibility of mental health services or decrease gun violence.

The military community is global in scope, but relatively small in number.  When tragedies affect our community, our natural impulse is to help.  Directing those impulses to support local organizations that provide disaster relief ensures that our help is actually helpful.

**MSJDN has not independently vetted any of these funds or organizations and does not endorse them and encourages you to research any organization before you make a donation.