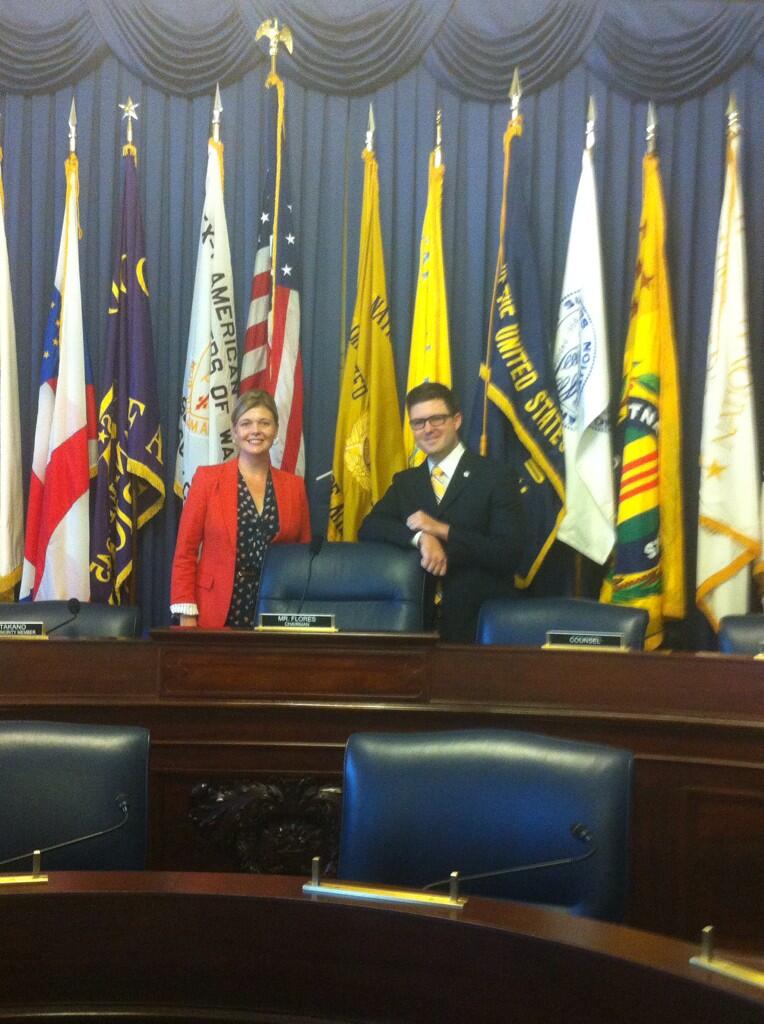 On September 11, 2013, the House Committee on Veterans’ Affairs Subcommittee on Disability Assistance and Memorial Affairs held a hearing regarding the implementation of the Department of Veterans’ Affairs’ Fully Developed Claims (FDC) program.  MSJDN President Mary Reding and member Thea Pitzen attended the hearing in Washington, D.C., to observe on behalf of MSJDN.  Witnesses presenting testimony included Mr. Tom Murphy of the Department of Veterans Affairs, Ms. Verna Jones of The American Legion, Mr. Steven Wolf of Disabled American Veterans, Ms. Diane M. Zumatto of AMVETS, and Mr. W. Clyde Marsh of the National Association of State Directors of Veterans Affairs.  Additional written statements were submitted for the record by Paralyzed Veterans of America and by Veterans of Foreign Wars.

As explained by the Department of Veterans Affairs (VA) and by witnesses at last week’s hearing, the FDC program is “an optional new initiative that offers Servicemembers, Veterans, and survivors faster decisions from VA on compensation, pension, and survivor benefit claims.”  When submitting a claim through the FDC program, “Veterans, Servicemembers, and survivors simply submit all relevant records in their possession, and those records which are easily obtainable, such as private medical records, at the time they make their claim and certify that they have no further evidence to submit.  VA can then review and process the claim more quickly.”

According to Committee members and witnesses at the hearing, fully developed claims take the VA about 123 days to process as compared with much longer wait times for other claims. The FDC program has had some success. Ranking Member Dina Titus noted that the claims backlog has been reduced by around 150,000 claims, and witnesses reported that the number of claims has dropped from a high water mark of 919,461 in July 2012, to a current level of 760,820 pending claims as of last month. However, Ranking Member Titus observed that there is “no quick fix” for the backlog and that there is still much work to be done.  Chairman Jon Runyan emphasized that it is critical to ensure that the program is truly helping veterans in the claims process.

Of particular interest to MSJDN, the Committee briefly addressed the Department of Veterans’ Affairs’ recently announced partnership with the American Bar Association Veterans Claims and Assistance Network (VCAN).  Chairman Runyan specifically asked Mr. Murphy to comment on the ABA partnership that would provide pro bono legal representation for veterans in connection with these claims.  Mr. Murphy reported that the VA and the ABA are conducting a pilot program in a few regional VA offices at this time.  In this pilot program, unrepresented veterans are contacted via mail and given the opportunity to “opt in” to pro bono representation.  If a veteran does opt in, he or she will be put in touch with the ABA, which would then put the veteran in touch with a volunteer attorney.  Mr. Murphy indicated that they are only a few weeks into the process but will be evaluating the results of the pilot to determine next steps on a larger scale.  MSJDN remains committed to supporting this initiative going forward.

Thea Pitzen is a contract attorney focused in business litigation who currently resides in Fairfax, Virginia.  She is licensed in Florida, Georgia, and the District of Columbia.  Thea is the proud wife of a Naval Flight Officer in the U.S. Navy, currently stationed at the National Reconnaissance Office.