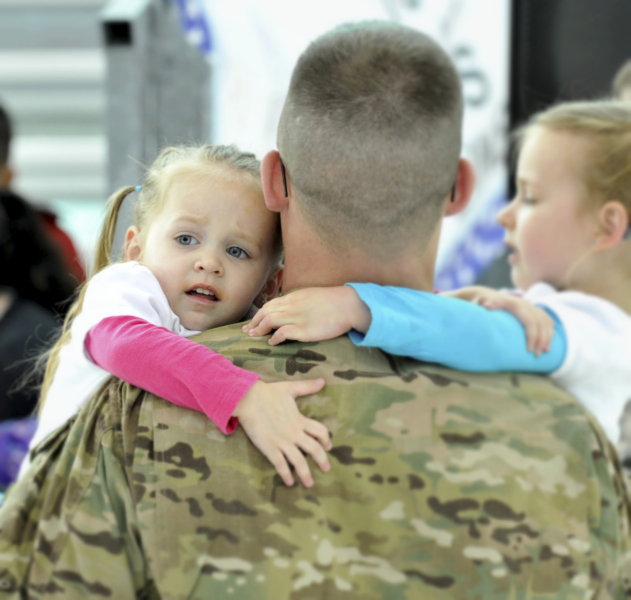 This is the second installment in MSJDN’s TRICARE For Kids: Time For Change series. The first post discussed the continuing efforts of Congress, health care advocates, and concerned military families to make changes in the way TRICARE administers pediatric care, particularly care for special needs children. This post and the posts that follow will tell the stories of real military families and their different experiences with their children’s healthcare under TRICARE.

I have three children who, knock wood, have only ever been to the doctor for well child visits and the occasional minor illness or injury. I have never had much trouble getting timely appointments for them, and my children’s health care providers, from the corpsmen who take their vitals to the pediatricians who track their development and diagnose their illnesses, have been very good at their jobs. Many of my Navy friends report the same: that within the parameters of standard pediatric needs, military medicine and TRICARE have taken excellent care of their families with few or no problems.  I am so grateful that my children are in good health and that we have access to solid health insurance. Even though my family has moved six times in the last seven years, we have not encountered any difficulty with gaps in care, although I have occasionally been frustrated when I have to provide my kids’ health histories for the umpteenth time because their records were not forwarded correctly, or because the computers at the hospital on Eglin Air Force Base can’t “talk” to the computers at Naval Hospital Sigonella.

For families with children with special needs, however, a PCS move can mean a major disruption in a child’s care. The child must be re-registered with TRICARE in the new location if the new duty station is in a different TRICARE region. Parents must choose a new primary care manager, new specialists, and go through the process, again, of getting referrals to those specialists. There is no guarantee that TRICARE will approve the referrals. Unfortunately, a disruption in care can have a serious effect on the child’s health.

The Smith Family’s Story: The Problem With Enrollment and Continuity of Care Under TRICARE

The first time Sarah Smith (a pseudonym; names have been changed at the family’s request) saw a doctor with any regularity was when she became pregnant with her son. At the military hospital on her overseas base, she saw three different doctors during her pregnancy because military doctors rotate out just like any other service member. During a visit home to the U.S., Sarah had contractions on the plane. After landing, she went directly to the ER at a civilian hospital. It was there that the doctors discovered choroid plexus cysts on her baby’s brain. They were not related to her pre-term contractions: the cysts are just something that occurs in some fetuses, but no one in the military health units picked it up. The cysts sometimes correlate with certain birth defects, but the ultrasound tech told Sarah not to worry. Most often, they resolved spontaneously. Sarah gave her healthcare information to the hospital, and then spent the next two years trying to rectify the billing situation. TRICARE would not accept anything but a paper bill mailed to a specific address, but continued to deny the hospital’s electronic bill rather than contacting the hospital. Sarah spent many hours on the phone with both parties.

Sarah’s son Tyler was born with the help of a doctor she had never met prior to delivery. It was a difficult birth, which is why the Smiths figured Tyler did not score very high on his Apgar test. Nevertheless, Tyler was sent home with a clean bill of health. Over the course of his first year, Tyler saw several different pediatricians for the same reason Sarah saw many obstetricians, so there was no continuity of care. His medical history existed in his paper chart and each new doctor relied on Sarah, as the parent, to tell them how Tyler was doing. Tyler is the Smiths’ first child and she had no benchmarks, so Sarah was not very concerned that he was late in many of his milestones.  Tyler had many strengths and was physically very healthy.

When Tyler was two and still not talking, the Smiths became concerned. Stationed in a part of the world where there is not a large Western medical presence, the Smiths had difficulty getting help. When Tyler was two and a half, they saw a doctor who confirmed Tyler was delayed not only in speech, but in motor skills and socialization as well. The doctor recommended that Tyler be medevac-ed to the U.S. for a full assessment. TRICARE denied the request, but the Smiths accepted that decision. They figured it was probably very expensive and they would be PCS-ing to a new post within months.

In the interim, the Smiths saw another doctor who gave them a very fatalistic view of Tyler’s condition. The Smiths were very worried, but couldn’t do anything for their son until they moved. The day after they arrived Stateside, they went to the health unit and were referred to a pediatrician. The Smiths requested authorization for the visit through TRICARE but were denied. While Sarah’s husband was successfully transferred to the new MTF, somehow Sarah’s and Tyler’s paperwork got lost in the shuffle and TRICARE considered them attached to the old post. It took over two weeks to get the situation resolved.

Tyler’s new pediatrician confirmed the developmental delays and referred him to an audiologist to check Tyler’s hearing, which could explain why he was not talking. The audiologist found that Tyler had normal hearing, and referred the Smiths to a multi-disciplinary team that would be able to assess Tyler. TRICARE denied the referral without explanation. The Smiths waited weeks for an answer, despite TRICARE’s policy that referrals must be answered within 72 hours. An email eventually arrived with a short copy-paste from the policy regarding psychologists. When Sarah called TRICARE, they did not know why the referral had been denied. Eventually she learned that the referral was denied because the audiologist did not have the authority to make that type of referral.

The Smiths requested that the pediatrician refer Tyler to a speech therapist, but TRICARE would not allow it. Tyler needed to see a neuro-developmental pediatrician first. They waited over a month to get an appointment. This whole time, doctors were stressing the importance of early intervention in cases like Tyler’s. As a mother, Sarah felt like every day they waited was hurting Tyler’s chances of reaching his potential.

The neuro-pediatrician broke the news that Tyler had an intellectual disability — formerly termed “mental retardation.” Before that moment, Sarah knew he had delays but always thought he would catch up. The doctor referred Tyler for genetic testing and speech, physio, and occupational therapy. Sarah immediately sent the report to TRICARE. Over 72 hours passed with no response. Sarah had learned to call, or else weeks could go by. TRICARE assured Sarah that no authorization was necessary for Tyler’s genetic testing. The representative transferred Sarah to a member of the medical team to discuss the therapies. Luckily, the blood draw came up in conversation and the new representative told Sarah that authorization was in fact needed. Had she not gotten one, the Smiths would have been responsible for paying the bill.  It took time for TRICARE to authorize Tyler’s therapies. In fact, first, they only authorized one session each and then wanted an assessment. Then, they only authorized ten sessions of each therapy before asking for another report. This led to many gaps in Tyler’s service.

The genetic test came back positive for a condition that causes intellectual disability and developmental delays. Now, at three and a half years old, Tyler, who still does not speak, is globally developmentally delayed, and has a confirmed genetic condition, does not have ongoing services set up. Sarah believes they will eventually succeed in getting services in place, but she wonders why she should have to fight so hard to have TRICARE provide Tyler with the care he needs and for which he is covered.

November 7, 2013 at 5:55 am
From the Members, Legislative Affairs
Tricare for Kids
Lavery, Maureen