Two MSJDN Board Members Named Base Spouses of the Year, One Advances to Branch Level Voting 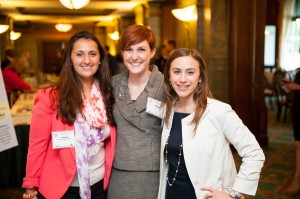 Rachel Winkler, Vice President of MSJDN, was selected as the Fort Bragg Spouse of the Year.  Rachel practices federal immigration law, and she oversees, among other things,  MSJDN’s committees and all of MSJDN’s state licensing initiatives.  In addition to her work with MSJDN, Rachel also volunteers with In Gear Career’s Fort Bragg chapter. You can see Rachel’s full Spouse of the Year profile here.

Reda Hicks, MSJDN’s Governance Director and Managing Editor was named Fort Riley Spouse of the Year. Reda oversees governance and organizational issues for MSJDN. She is also MSJDN’s Managing News Editor, and serves on its Government Affairs Committee. Reda is a partner in a litigation boutique in Houston, Texas. She also serves on the Board of Directors of Leadership Houston. You can read Reda’s full Spouse of the Year profile here.

Voting in the Branch Level round will take place tomorrow, Tuesday, February 4th.  You can vote for Reda by clicking on her profile, clicking “Vote,” and entering your email address. Voting is open Tuesday only, and winners are announced on February 20.

Each of the six Branch Level winners will compete for the title of MSOY. The MSOY will be announced at an annual awards luncheon in Washington D.C. in early May. Congressional members, senior military and Department of Defense leadership all attend the luncheon.

MSJDN would like to say “Congratulations!” to Rachel and Reda, and we wish Reda the best of luck in Tuesday’s vote!