Editor’s Note: This is the fourth installment in MSJDN’s series highlighting the employers MSJDN members say are going above and beyond for military spouse attorneys. Each employer in this series was nominated for MSJDN’s Member’s Choice Award by members who told us in their own words just how awesome their employers are. MSJDN is thrilled to tell these employer stories, as a way of expressing our gratitude for supporting military spouses as they build careers in the legal profession.

The MSJDN Member’s Choice winner will be announced at MSJDN’s Annual Reception in Washington D.C. on May 7. 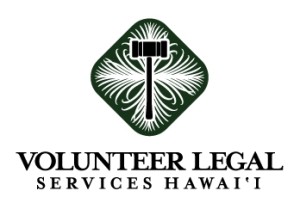 In addition to its commitment to serving needy and at-risk populations in Hawaii, this non-profit is also a friend to the military community. VLSH employs two military spouse attorneys on its staff of nine, and other military spouse attorneys are active VLSH volunteers. If a spouse becomes licensed in Hawaii, VLSH welcomes them into an Emerging Lawyer Program that allows for shadowing attorneys practicing through the program and mentorship. VLSH also supports Hawaii’s veteran community. VLSH has offered CLE courses for attorneys interested in veterans’ affairs, and refers pro bono attorney services to assist veterans with their benefits applications and appeals.

“This is the first employer that offered me a job after I had been volunteering and I and other military spouses feel lucky to be welcomed by this great organization,” said Lizanne Pasquarette, current VLSH staff attorney and MSJDN member.

MSJDN member Delia Johnson is the Director of Legal Services at VLSH. Delia’s nomination highlights VLSH’s commitment to utilizing the time and talents of military spouse attorneys, even if they are only temporary Hawaii residents. “Most of the legal services non-profits just do not have the time or resources to train and mentor the military spouses coming in and out, but VLSH has made it a point to meet with every military spouse with a JD interested in helping even if they are not licensed in this jurisdiction.  Several military spouse volunteers have told me VLSH was the only non-profit that responded to their request to volunteer and VLSH is committed to finding opportunities for these dedicated individuals.”