Donna Huneycutt has One In Gear Career

MSJDN member Donna Huneycutt is an inspirational reminder of how incredible and supportive military spouses are. She has steered her career in a way that allows her to enjoy every workday, and still maintain the energy and drive to focus on supporting the careers of others. 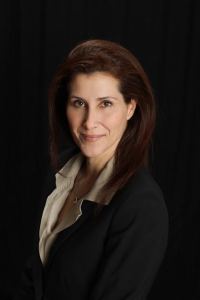 Donna graduated with honors from Columbia Law School and is barred in New York. After law school she was doing venture capital work with a White Shoe law firm. It was not until she met her (now) husband that she experienced her first major career obstacles. Like most military families, theirs started with a love story that led to subsequent moves.  Donna’s husband was serving in the Navy, and shortly after they began dating he was assigned to dry dock in Maine for a year. Donna moved to Boston, where she worked for a business immigration firm. Her husband Neal was then moved to Connecticut, but the two were able to maintain sequential New England households, despite long commutes. The two received multiple strong verbal assurances that Neal’s next assignment would be at ROTC at MIT, but as is common in the military, he instead received orders to Italy for a three year tour. What followed was an uncomfortable situation all too familiar to military spouses, followed by unexpected good fortune.

The move to Italy meant Donna would have to leave a job she loved and a firm where she was on track for partnership. She still vividly remembers sitting the partner down and having the horrible conversation to break the news. “I felt unprofessional,” she recalls.  Very regretfully, she said goodbye, though with a full intent to return to practice and hopefully even with the same firm.

While coming to terms with what this meant for her career, Donna resolved to take those three years off to start a family and write a novel. She had no intention of working. It was then she realized she was absolutely incapable of not working. Shortly thereafter Donna met her current business partner, Lauren Weiner. Donna drew from her time taking business classes as a 3L, and she and Lauren ended up teaching almost the entire MBA curriculum for the University of Phoenix on base. Donna started out teaching business law, but she and Lauren ended up teaching eleven classes between them.

As Lauren began figuring out how to make the transition to life on a US Navy base in Italy, she was having a really hard time finding meaningful work. Donna had suggested she do consulting work back to the Federal Agencies she had worked with in DC. Little did the two know that this idea would lead to their very successful future. Lauren ended up having so much work that the client asked for Donna’s help as well. Despite a colicky baby, Donna also started doing consulting. The two were the quintessential accidental entrepreneurs, creating a vehicle for what ultimately ended up being their joint consulting firm back in the states.

What happened next was more than nine years of empowering, delightful adventure. They created Wittenberg Weiner Consulting, LLC, and have thrived off of the novelty of running their own business. As the business grew to more than 50 people, they achieved their dream of overlapping their work with public policy.

Speaking with Donna, it was clear that she is a naturally inspiring woman. She will tell you that she had a lot to learn though: “I had the law, I had the finance, I had the politics, but I had to learn the military and human capital.” She adds she learned human capital from Lauren and  Chief of Staff Heidi Snell, whom Donna refers to as the Velvet Ninja. “Lauren and Heidi are talented in human capital and strategic communications.” They helped her learn to motivate people and that motivating people is crucial to achieving solutions.  “Ninety-five percent of the time solutions can be and should be found at the human level and not the legal level.”

Like many members of MSJDN, Donna has found a home at MSJDN. “The members of MSJDN and Homefront Rising are my tribe. Lauren was the only person like me that I knew in Naples. I want to keep that power of community going, focusing on morale and professional networking.”

By working with Homefront Rising, Donna hopes to get the military to recognize the most professional active duty troops are often married to incredibly talented professional spouses, and that the military needs to take this into account to make military life workable.

Donna hopes to take her philosophy that issues can be solved at the human level and use it to make policy changes in our country. She recognizes the effects of the way people couple up these days are being felt by the military, only the top brass doesn’t seem to recognize it. So many active duty service members separate from the military because one spouse has loans and often cannot sustain a career while moving every few years. The financial realities facing two-professional families are not being addressed by the military, and may ultimately affect force readiness. “Warfare is an increasingly intellectual endeavor,” says Donna. “If you want to keep intellect in the military, respect the intellect in military marriages.”

Donna will be on the career path panel at MSJDN’s Making the Right Moves conference on October 17th. Register today to join Donna and the conversation about professional military spouses at what promises to be an incredible event in beautiful San Diego, California.