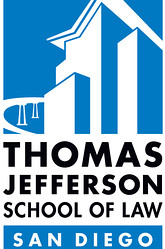 On October 17, 2014, MSJDN will host Making the Right Moves at the Thomas Jefferson School of Law (TJSL) in San Diego, California.  While many law schools have recently expanded their programs to include part-time students, TJSL took the opposite route.  The school – then called the Western State University College of Law – opened in 1969 as a part-time law school geared toward working professionals and later expanded its offerings to a full-time JD program.  In 1983, the school moved from downtown San Diego to historic Old Town San Diego.

In late 1995, the law school was renamed in honor of our third president, widely recognized as one of the greatest legal minds in American history.  TJSL applied for accreditation from the American Bar Association in 1996 and received full accreditation just seven months later.

TJSL’s four Centers for Academic Excellence – The Center for Global Legal Studies, The Center for Law and Intellectual Property, The Center for Law and Social Justice, and The Center for Sports Law and Policy – offer students specialized preparation for the practice of law through certificate programs, conferences, and timely speaker programs.  TJSL recently launched its Center for the Study of Women in the Military, which is a platinum sponsor of Making the Right Moves 2014.  The Director of the Center for the Study of Women and the Military Professor Amy Day is also military spouse, who understands the vital importance of creating a network of military spouse attorneys who are trying to pursue their own careers in the face of all the obstacles provided by military family life. 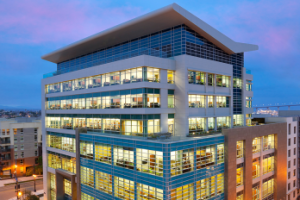 TJSL recently revamped its campus, to rave reviews from students, faculty, and design professionals.  The new design takes full advantage of modern technology in its “smart” classrooms and its energy-efficient, environmentally-friendly design that earned it a Gold level certification from the Leadership in Energy and Environmental Design (LEED) Green Building Rating System from the U.S. Green Building Council.  Only a few law schools in the nation have received that certification.  The new TJSL campus doesn’t just protect the environment, it is also designed to allow students and faculty to enjoy the gorgeous San Diego climate with outdoor lounges. The eight-story building has a unique chevron roofline that has already become a local landmark.