Transition and the Unconventional Career Path

Volumes have been written about the stresses of new parenthood, including the exhaustion, the shock of sleep deprivation, and the anxiety about basic life functions (is she eating enough? breathing right? pooping properly?). Motherhood brought all of those stresses for me, along with several other simultaneous, major life changes. In the short span of five weeks, I gave birth, left my career as an active-duty Army lawyer, moved from Colorado Springs, CO to Ft. Hood, TX, and became a stay-at-home mom in a rural community where I knew nobody. Even just the drive from Colorado to Texas was a shocking transition—I literally cried as the Rocky Mountains receded in the car’s rear view mirror (and our five-week old wailed in the car seat). 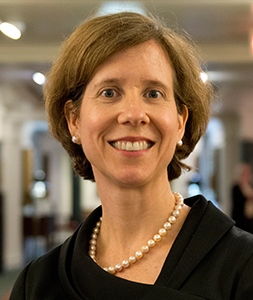 I had not expected all of these changes to be a big deal. I grew up as a military kid, attended four different high schools, lived in Europe as an exchange student, and joined the Army as a lawyer. My military kid/Army officer/military spouse identity was a big part of who I was. I knew I was good at transitions. I figured I would just strap the baby in the Bjorn and head out for some new adventures. How hard could this change be?

It turned out to be rough. That year after we moved, we had a second child. Suddenly, the person who used to spend her days in the courtroom as a military prosecutor and her evenings discussing books and politics was replaced by a person who debated 2T versus 24 months in the clothing aisle. I was completely unprepared for the days filled with routine tasks. My new reality was made doubly difficult by the fact that our assignment at Ft. Hood coincided with my husband’s extended deployment to Iraq and my accompanying duties as the battalion commander’s wife. Staying home to raise small children is hard work, and it is lonely when your spouse is thousands of miles away in a war zone. On the upside, the kids and I were able to travel regularly (I called it “escape”), we had the support of incredible friends, fabulous parents, and loving in-laws, and my husband returned safely from war.

But through it all, I worried about my professional identity and about letting too many years pass without paid employment. I thought about joining the Army JAG Reserves or finding a legal job in Killeen. Just to keep my options open, I waived into the Texas Bar under a “5 of the last 7” practice rule. But I realized that adding paid work, on top of the military spouse roles I was fulfilling, would only make my life more hectic not happier. So I remained patient. I listened to my dad, who counseled me that good jobs would always be there. I embraced volunteer work supporting the military families in my community. I told myself that when I was ready to jump back into the paid professional world, I would be able to highlight the skills that make military spouses so successful: resilience, independence, adaptability, and the ability to thrive in a changing environment.

Five years later, when we left Ft. Hood, I was ready to transition back into the work force. I realized that I needed to consider new types of legal practice. I also knew that the gap in my resume was explainable and I could stress the benefits of hiring a military spouse attorney to prospective employers. During interviews, I highlighted my military spouse qualities: being well organized, disciplined, and hard working. Over the next few years, and several moves, I ended up practicing appellate work at a federal court, striking out on my own as a freelance attorney, and teaching at a law school. I never imagined I would work in any of those areas, but licensing barriers prevented me from seeking traditional employment. For example, our tour in South Carolina lasted only 24 months so there was no point spending the money and time to obtain a law license. The upside is that I developed new sets of legal skills that I might not have acquired if I had stayed in one field. Most importantly, I gained confidence in my ability to adapt in a changing legal market.

I feel incredibly fortunate, looking back, to have wandered down a somewhat unconventional professional path. Even with a six-year gap in my resume, and even knowing that I might be leaving after two or three years, I have managed to convince employers that I am worth hiring. I am also extra-appreciative of my fellow military spouse attorneys who are finding their own unique paths. Their individual stories motivate and inspire me to continue my efforts with MSJDN. As we lower the barriers military spouses face in the legal profession, we make these transitions easier and the military lifestyle more compatible with our professional goals.

Eleanor Magers Vuono is an Army veteran and the spouse of an Army veteran. She is the President Elect of the Military Spouse JD Network. She can be reached at vuono@mac.com.