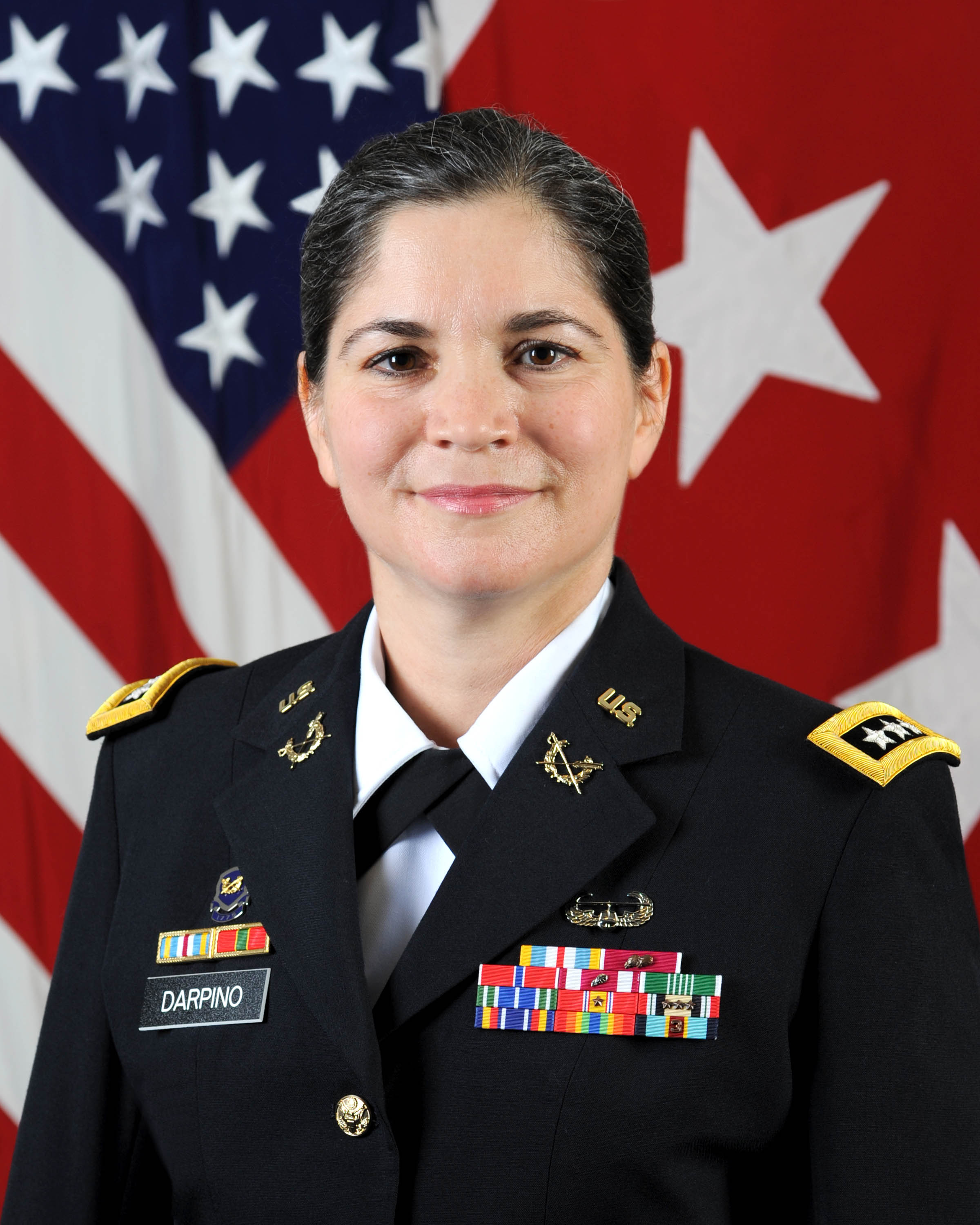 MSJDN is proud to announce that Lieutenant General Flora Darpino has been named as a recipient of the ABA’s Margaret Brent Women Lawyers of Achievement Award. LTG Darpino, the senior military legal advisor in the U.S. Army and a military spouse, was nominated by MSJDN earlier this year.

The Margaret Brent Women Lawyers of Achievement Award, established by the ABA Commission on Women in the Profession in 1991, celebrates the accomplishments of women lawyers who have excelled in their field and have paved the way to success for other women lawyers in the profession. Past recipients of the award include Supreme Court Justices Ruth Bader Ginsburg and Sandra Day O’Connor, former Attorney General Janet Reno, and Senators Mazie Hirono and Hillary Clinton. LTG Darpino was selected from a large number of extremely qualified women for this honor. Other honorees this year include Mari Carmen Aponte, Ambassador of the United States to El Salvador; Fernande Duffly, Associate Justice of the Massachusetts Supreme Judicial Court; Mary Ann Hynes, Senior Counsel, Dentons US LLP; and Emma Coleman Jordan, Professor of Law at Georgetown University Law Center.

LTG Darpino graduated from Rutgers University School of Law – Camden and joined the Army’s JAG Corps with her husband. Initially, she planned to leave the military after her husband fulfilled his own four-year commitment.  Instead, her decision to serve marked the beginning of a career that would see her earn the rank of Lieutenant General and, in September 2013, begin serving as The Judge Advocate General of the U.S. Army – the first woman to hold the position. Read more about LTG Darpino’s personal and professional accomplishments in our previously published profile.

The Margaret Brent Achievement Award will be presented to the recipients on Sunday, August 2nd in Chicago during the ABA’s Annual Meeting. Please join us in celebrating this well-deserved recognition of LTG Darpino’s service and sacrifice. Hooah!