Editor’s Note: MSJDN asked its members to nominate employers who are going above and beyond for military spouse attorneys. During the month of April, we put the Employer Spotlight on each of the nominees to tell the stories of those supporting military spouses in the legal profession. We are now excited to announce the recipient of the 2015 MSJDN Members’ Choice Award.

The nominations for the 2015 Members’ Choice Award tell the stories of the barriers faced by military spouse attorneys and how support from the legal community lessens the burdens on military families. MSJDN members nominated large firms and solo practitioners; Floridians and Californians; immigration attorneys and tax lawyers – all deserving of recognition for the impact they have ma 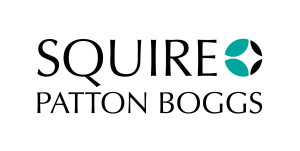 de in the lives of military spouses in the legal profession. Yet only one can be recognized with the award. At the MSJDN Annual Reception on May 6th, Squire Patton Boggs (US) LLP will be presented with the 2015 Members’ Choice Award. Nominated by MSJDN member Colleen Boyle, Squire Patton Boggs has demonstrated a meaningful commitment to supporting military spouse attorney careers, at home and abroad.

Overseas assignments can be incredible experiences for military families. Traveling, enjoying different cultures, and new experiences are the upside. But for career-minded military spouses, OCONUS (outside the contiguous United States) orders frequently lead to unemployment. For those seeking to avoid a gap on the resumé, a host of issues arise when trying to work overseas.  In addition to licensing barriers, there are also visa, tax, and insurance issues, business communities with a protectionist view of outsiders, and in some places, laws preventing military spouses from working “on the economy” at all.  It’s no wonder then that Colleen O’Boyle wanted to recognize Squire Patton Boggs for going above and beyond when her servicemember spouse received orders to serve in Germany.

Squire Patton Boggs is a large multinational law firm with 44 offices in 21 countries. The law firm resulted from the merger of two firms large in their own right: Squire Sanders and Patton Boggs. Prior to the merger, Colleen was hired as a summer associate, then an associate, in the D.C. office. Then, in 2012, Colleen’s future husband accepted an assignment in Germany. “My partners–specifically Alan Noskow and Doug Boggs–were flexible and supportive in letting me travel to and work from Germany for two and three week periods,” Colleen says.  When she became engaged in 2013, Colleen approached her partners about a leave of absence from the firm so that she could be with her fiancé. “Their response was not only supportive of my decision to move to live with my fiancé,” she says, “they made every effort to find a way for me to continue to work for them from abroad.”

Initially, tax and insurance issues prevented Colleen from continuing to work for the firm remotely. She was granted a leave of absence in early 2014. However, with the merger of Patton Boggs later that year, suddenly her firm now had a Frankfurt office. Her partners immediately began the process of having Colleen added to that office. A work visa and a bar waiver later, Colleen now works full-time in Squire Patton Boggs’ Frankfurt office. “My partners, and the firm as a whole, truly made incredibly efforts to support my career and the move I chose to make in order to live with my spouse where the Army has stationed him,” says Colleen.

MSJDN is thrilled to shine the Employer Spotlight on all the deserving nominees put forward by our members. Telling these stories demonstrates the many ways employers are leveraging technology and enacting policies and procedures to retain quality employees, even when service to our country calls them to different corners of the globe. Squire Patton Boggs shows that this support is not only coast to coast, but international in scope. Please join us in congratulating them as recipient of the 2015 MSJDN Members’ Choice Award.

Join us as we present the award to Squire Patton Boggs this Wednesday at the historic Army Navy Club in DC. We will also present the Professional Excellence Award to Christina Sarchio of Orrick, Herrington, & Sutcliffe and the Homefront to Hired Award to LTG Flora Darpino of the Army’s Office of The Judge Advocate General. Don’t miss this evening of celebration for military spouse attorneys and their supporters! Tickets and information available here.