These People Are Your Neighbors: MSJDN’s Provisional Admission Proposal Debated in Georgia 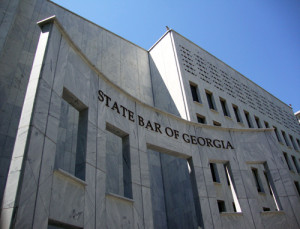 The Board of Governors of the State Bar of Georgia recently met to discuss a proposal advanced by the Military Spouse JD Network that would allow military spouse attorneys to gain provisional admission to the state bar. The proposal, like those approved in 12 states and under pursuit in 16 others, would require military spouse applicants to have a law degree, be admitted to practice in another state, and be in good standing and not subject to any pending disciplinary matter in any jurisdiction. In addition, the applicant is required to possess the moral fitness and character required of all attorneys in the state, and must pay bar fees and comply with all state bar rules, regulations, and CLE obligations. Some board members were firmly on board with MSJDN’s proposal, but the Board agreed to table the proposal until its October meeting after other board members voiced their reservations. In particular, board member Alvin Leaphart was quoted in the Daily Report as saying,

“Why should we let these people come in our state who may not know a damn thing about Georgia law and maybe get [their clients] in more trouble than when they started?”

The Facts About Provisional Admission for Military Spouse Attorneys

MSJDN welcomes this opportunity to address Mr. Leaphart’s and other board members’ concerns and to clarify some misconceptions about provisional bar admission. First, military spouse attorneys are not the only subset of attorneys who seek provisional admission in Georgia’s or other states’ bars. In fact, Georgia offers reciprocity via admission on motion (that is, without taking the Georgia bar exam) to attorneys from approximately a third of U.S. states.

In addition, provisional admission is not limited to “pro bono and low bono,” as one board member stated. MSJDN members provisionally admitted in other states are actively working as sole practitioners, prosecutors, in-house counsel, and attorneys in law firms of all sizes. Moreover, a significant portion of our membership has experience in the worthy practice of public interest law. Populations served by pro bono and low bono legal aid should receive the highest quality legal representation as their advocates.

Nor does provisional admission relegate military spouse attorneys to the sidelines. It is vital to the employment prospects of military spouse attorneys that provisional admission enables them to practice in every sector, to undertake representation, to advocate and litigate, to consult and advise and fully participate in the general practice of law.

Notably, by virtue of their bar admission in one or more other states, military spouse applicants seeking provisional admission in Georgia have already taken and passed at least one, and in many cases two, of the three components of the Georgia bar exam: the Multistate Bar Examination, which is administered as part of every state’s bar exam except for Louisiana’s, and the Multistate Performance Test, administered in approximately 75% of U.S. states. Most importantly, these applicants have already passed at least one other state’s character and fitness examination and background check. They have also taken and passed the Multistate Professional Responsibility Exam, administered in all but three jurisdictions, and as members of other states’ bars, are sworn to uphold the highest level of ethical standards and professional competence. On the subject of competence, it bears mentioning that the Georgia Rules of Professional Conduct do not require expertise in state-specific law. Rather, Rule 1.1 provides that the requisite level of competence can be achieved through reasonable preparation. Military spouse attorneys are no less prepared, and in most circumstances have far more professional experience, than a freshly minted J.D. newly admitted to the Georgia state bar.

MSJDN Ties to the Peach State

Georgia is home to approximately 72,000 military personnel and eight major military installations representing all branches of the military. It is not surprising that MSJDN’s membership includes many members who either currently live or formerly lived in Georgia, some of whom are licensed in Georgia and some of whom are employed or have been employed in the state. At least two MSJDN members have held positions as local chapter heads of the Georgia Association for Women Lawyers. Several others were raised in Georgia and some have graduated from a Georgia law school. Even when our members living in Georgia have not practiced law there, they have been involved in MSJDN’s state rule change efforts and have actively served their communities in both a personal and a professional capacity.

MSJDN member Teresa Birmingham, a former Army JAG who is barred in Mississippi, accompanied her husband on his two-year assignment to Fort Benning in 2013. As has been the experience of many MSJDN members, Teresa knew that a two-year assignment is not sufficient time to study for a new state’s bar exam, wait for the results, and secure employment through the protracted job search process for lawyers (a field in which supply often outstrips demand). Instead, Teresa threw herself into volunteer work: among other positions, she served as an outreach coordinator for the Battle Buddy Resource Center, helped create Kathleen’s Kloset, a low-cost dress borrowing service for military spouses and dependents, and was the treasurer for her son’s Cub Scout troop. As a result of her efforts, she was named the Fort Benning Volunteer of the Year for 2014. MSJDN member Rachael Fielder, who is barred in Missouri, also began volunteering upon moving to Fort Benning as a way to develop professional contacts in the local legal community. Rachael’s volunteer resume includes service with the Legitimation Project in Columbus, Georgia, where she assisted fathers with gaining legal parent status and becoming more involved in their children’s lives. Rachael also volunteered in the office of Muscogee County Probate Judge Marc D’Antonio, and worked as a paralegal in the Russell County (Alabama) District Attorney’s office. Had provisional admission to the Georgia bar been available, Teresa and Rachael could also have used their formidable talents to practice law and benefit the local legal community in addition to their volunteer efforts. Military spouse attorneys are rarely if ever one-trick ponies.

Fighting On for Georgia Rule Change

The driving force behind MSJDN’s state rule change initiative in Georgia, as well as the other states in which rule change proposals are pending, is the fact that military spouse attorneys are not necessarily in Georgia by design. They are there because their servicemember spouse has orders to an installation in Georgia. Servicemembers cannot turn down a transfer, and orders are issued based upon the needs of the military with little to no regard for the needs of the servicemember’s family, let alone any consideration of the impact on a spouse’s legal career. This is not a complaint; it is merely a fact of military life. Military spouse attorneys are therefore faced with impossible choices, all of which involve sacrifice: stay behind at a current duty station where they are licensed and employed, but live apart from their servicemember, or move to the new duty station and spend a good deal of time and money on another bar exam and job search, or move to the new duty station and put their careers on hold for a couple of years, losing earnings and valuable work experience. Choosing between career and family is often the painful reality. Provisional bar admission will ease this burden by increasing a spouse’s employability in Georgia, making the decision to move with his or her servicemember that much easier.

Setting aside the topic of careers and licensure for a moment, it is worth noting that military spouse attorneys and their families share an important trait in common with military families all over the country: when they PCS, they become immersed in each new community they call home. Military families often buy homes and support state and local government initiatives with their income and property taxes. They worship in community churches and send their children to community schools, where they may be active in church groups and the PTA. These people are citizens of Georgia, however temporarily, and want to be a part of that famous Southern hospitality. These people are your neighbors.