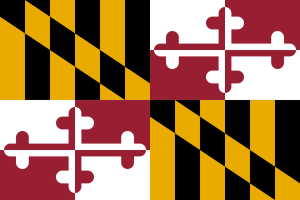 On Thursday, September 17, 2015, the Maryland Court of Appeals issued an order adopting a new rule aimed at reducing licensing barriers for military spouse attorneys seeking to practice law while relocating alongside a service member due to a change in duty station.

The passage of Rule 15.1 makes Maryland the 15th jurisdiction to adopt a licensing rule that recognizes the unique challenges faced by military spouses in the practice of law. Other states to pass similar rules include Colorado, Oklahoma, Texas, and North Carolina. Of the 15 jurisdictions with military spouse attorney licensing rules, only four require supervision by a local attorney.

Military Spouse JD Network President Eleanor Vuono expressed her appreciation for the new rule. “Continuing in the legal profession while serving alongside a servicemember will now be a reality for more military spouses facing relocation to the many military installations in Maryland and the surrounding area.”

MSJDN has an incredible group of military spouses and supporters to thank for the passage of this new licensing rule. The MSJDN Maryland team has been dedicated to this task since Fall 2013, and worked closely with the Maryland Court of Appeals’ Standing Committee on Rules of Practice and Procedure to draft the rule. Thank you to all who shared their time and energy to effect this change. Congratulations and well done Maryland Team!

If you are interested in helping with the rule change efforts, contact MSJDN President-Elect Josie Beets at statelicensing@msjdn.org for more information.