Big news from Maryland and more to come! 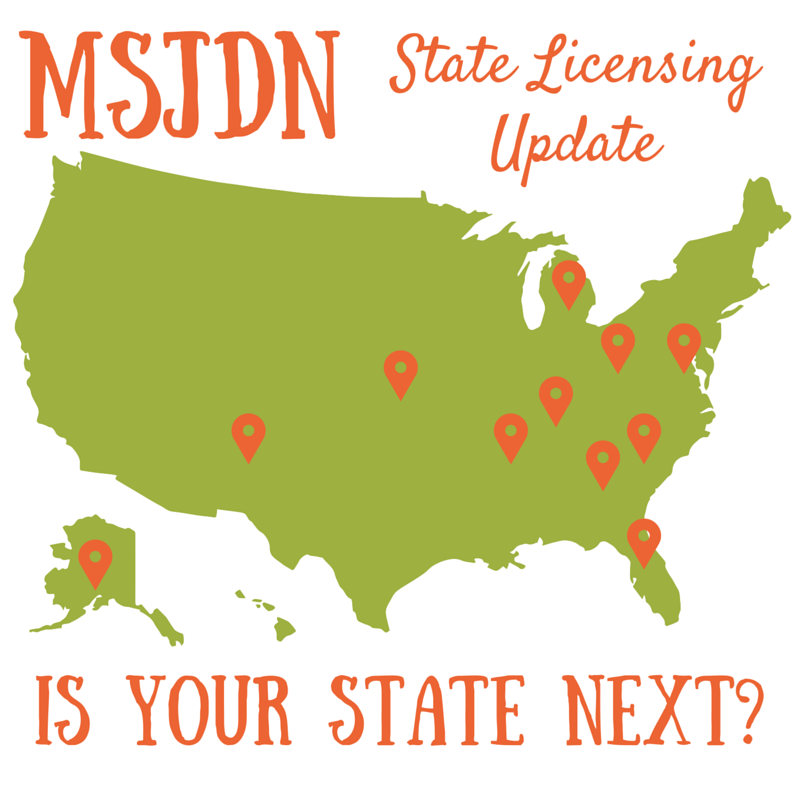 Maryland is officially on the map! Well, the MSJDN State Licensing Map, that is. On Sept. 17, the Maryland Court of Appeals approved a rule that will allow military spouse attorneys to practice on a limited basis while in the state pursuant to orders. Check out the announcement for more details. Maryland followed hot on the heels of Indiana; the Indiana Supreme Court announced on Aug. 17 that they would, under certain conditions, waive the experience requirement for temporary reciprocity for military spouse attorneys. Read more on the MSJDN blog. Both rules go into effect on Jan. 1, 2016.

You can expect more states to join the growing list of supporters of military spouse attorneys and their families this fall. MSJDNers Johanna Thibault in Tennessee and Kaiti Dean in Kentucky both expect news from those states after this summer’s public comment period. Thanks to those MSJDN members who weighed in — your stories of struggle, sacrifice and success are what make the difference in our advocacy.

MSJDN Trivia: The Ohio effort has been underway since before MSJDN was formed; Mary Reding initially proposed a military spouse admission rule in 2009, meaning the Ohio effort should be entering first grade! The Ohio Supreme Court is considering the most recent iteration of the military spouse admission this fall, thanks to the hard work of Ohio Director and MSJDN Board Member Elizabeth Smith.

September was a busy month of presentations for our State Directors. Emily Macey presented an MSJDN proposal to the Alaska Board of Governors and received considerable positive feedback. Courtney Pawley presented to the South Carolina Bar’s Military and Veterans Section, who move moved forward with a positive recommendation on the MSJDN proposed accommodation. In October, Lauren Rogan will present to the State Bar of Georgia on a military spouse admission proposal currently pending before their Board of Governors.

Karen Scanlan, Florida Director, also presented this month as part of an open forum regarding the Florida Bar’s Vision 2016 Commission. Karen did a great job of distinguishing between the MSJDN proposal and traditional reciprocity. Spoiler alert: they’re very different! Our efforts ask for a temporary license to practice only during the time a military spouse is in a state due to a servicemember spouse’s military orders. Contrast that with reciprocity, which allows an attorney a full license to practice under certain conditions, usually with a certain amount of practice experience. The distinction is important, especially in our Florida efforts.

Other states with active efforts include Arkansas, Connecticut, Kansas, Michigan, and New Mexico.

We are only successful with our volunteer State Directors! State Directors lead our licensing accommodation efforts by educating the local legal community about the challenges faced by military families. Our Directors identify and reach out to stakeholders, facilitate one-on-one meetings and large presentations on behalf of MSJDN, and make the case for the temporary licensing of military spouse attorneys. The requirements are a passion for supporting military spouse attorneys, the ability to make a cold call with zero fear, and an interest in serving on a great team  If you’re interested in offering your assistance or leadership with state licensing efforts, email statelicensing@msjdn.org to volunteer your time.