Libby Jamison was first licensed in California in 2007. After working for a firm for three years, she opened her own family law practice in early 2011. Then the news came that the Navy was stationing her husband in Florida. This was later followed by moves to Rhode Island and Virginia. Libby decided to transition her practice to a virtual freelance office, allowing her to continue to work in California 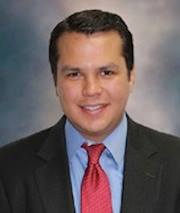 while avoiding the lengthy and expensive process of obtaining a new license, establishing a new professional network, and pursuing a new job with each set of relocation orders. But she worried – would other attorneys understand her situation and work with her despite the transient nature of her practice? Those worries were put to rest when she began working with the Law Office of Thomas S. Carter.

“With full knowledge of my situation, Tom offered me a position with his firm,” said Libby. “I’ve worked with him in an “Of Counsel” role, even though I haven’t been located in the same state as the firm since starting my work with him. Tom has enthusiastically embraced my virtual role and never been hesitant about working with me across time zones from the other side of the country.” Employers like Mr. Carter who think creatively and harness technology to utilize and retain quality legal talent are an asset both to their clients and their employees.

Libby states that Tom has been a great mentor and boss. “He knows that my husband’s career can dictate so much of my life, but he has shown time and again that he will roll with the punches that happen with military life,” says Libby, adding “Tom has never flinched in his support and proudly describes my military affiliation to clients.” Although he once referred to the Coast Guard instead of the Navy (a sinful mixup to Libby, a Navy brat and spouse!), the fact that he doesn’t try to disguise her virtual role has been encouraging to Libby after working with some attorneys who preferred her to keep her out-of-state location out of the conversation.

Supportive employers like Mr. Carter help reduce the career barriers faced by so many military spouses through open-minded and accommodating policies. His firm is a shining example of the incredible impact an understanding and flexible employer can make in the lives of military spouse attorneys and their families. MSJDN congratulates the Law Office of Thomas Carter on its well-deserved nomination!