Vinson & Elkins, LLP (“V&E”) is a law firm of some 600+ lawyers practicing in 8 US offices and 7 offices overseas.  Organizations of this size, especially law firms, do not often have reputations for being flexible and spontaneous. But MSDJN member Crystal Y’Baro Stapley found that V&E broke the mold. 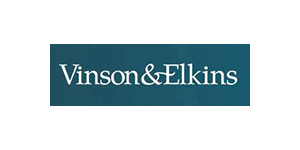 Stapley clerked for V&E during her 2L summer and had been offered a full-time position at its Houston headquarters. At the time, she was engaged to a fellow law student who planned to pursue a career in the Harris County (Texas) District Attorney’s office. Her then-fiance was the son of an Air Force Colonel who had long harbored thoughts of joining the military.  On the suggestion of a law school professor, he applied to the Army JAG Corps, thinking he was unlikely to be selected given the highly competitive selection process, but wanting to ensure that he had no regrets about paths not taken. Stapley and her fiance joked that if he was selected, he would only accept if they could guarantee him an assignment in Washington, DC so that Stapley could waive into the bar and hopefully work at V&E’s DC office. Well, as you might have guessed, he was selected and the Army guaranteed Washington, DC as his first assignment.

Stapley regretfully informed V&E that she had to decline the offer to work at the Houston office, but asked if they might consider her for the DC office if there were any openings.  At the time, she reports, she did not realize how much planning and strategic management was involved in staffing offices of a multi-national firm. From her end, the process of “transferring” her from the Houston office to the DC office was seamless and effortless. Within a few weeks, she received a phone call from V&E confirming that she would start at in the DC office in the fall of 2010, just as she had previously planned to start in the Houston office.

V&E continued to support Stapley while her husband did an unaccompanied tour to Korea in 2012-2013. The firm, and particularly Stapley’s supervising partner, strongly encouraged her to take an extended trip to Korea to visit her husband, during which she worked remotely part time.

In 2015, just as Stapley returned to work after maternity leave (using the firm’s phase-in/flexible work arrangement), her husband received orders to Ft. Hood. Although V&E has a strong presence in Texas, even the Austin office is a substantial commute from Ft. Hood. In this season of the family’s life, geo-baching was not an option for them. Stapley approached the partners she worked with in V&E’s DC office to brainstorm a solution that would allow her to continue her own career while keeping her family together. With the unwavering support of the DC office, she proposed to continue as an associate of the DC office but work remotely from her home in Ft. Hood.  Despite being a global firm, this was an unusual arrangement for V&E. But, the firm’s leadership agreed, and Stapley has been working remotely from Texas for the last 8 months.

In addition to Stapley, V&E employs other military spouse attorneys and veterans.  One of these attorneys, Adrianne Goins, the spouse of a retired Army Officer, took Stapley under her wing from Stapley’s first day at the firm and remains one of Stapley’s most valued mentors. Recently, V&E used MSJDN’s network and hired another military spouse who holds her JD but is not yet licensed to fill a paralegal position, where she has earned a reputation as a valued teammember. According to Stapley, V&E considers MSJDN’s network a valuable resource to fill future vacancies as well.

V&E’s commitment to hiring and retaining military spouses is commendable. It requires vision, creativity, and loyalty to find solutions to the curveballs that military life throws. We know that our members are equal to the task and are very grateful to have employers like V&E on our side.