The Military Spouse JD Network is an all-volunteer organization dedicated to supporting military families in the legal profession. An active Board of Directors oversees all of MSJDN’s programs and engagements that are then put into action by our committee leadership. Our Board and Committee volunteers work hard to keep the organization moving forward, meeting the needs of our members, and improving the lives of military families. MSJDN is very pleased to introduce our new leadership for the 2016-2017 year: 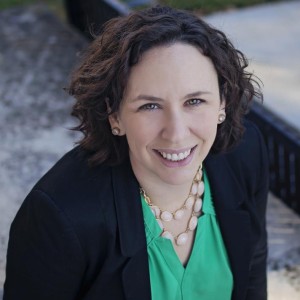 Josie Beets served as the 2015-2016 President Elect as she tirelessly conducted her duties as the State Licensing Coordinator in this role. Josie has been involved with MSJDN as a member since late 2011, including the launch of Justice for Military Families program, which was the first national military program to serve not just the servicemember but the families as well. 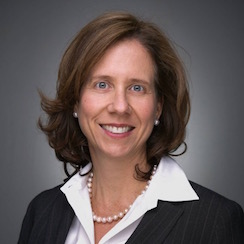 Eleanor Magers Vuono has been in the military  – in one role or another — since she was born. She followed in the footsteps of her Army-lawyer-dad, joining the Judge Advocate General’s Corp after law school. She served as an assistant to the Army General Counsel, a military prosecutor, and chief of the Ft. Carson, CO legal assistance office. She also worked for the Chief Judge of the United States Court of Appeals for the Armed Forces, and as a law clerk in the U.S. District Court for the Eastern District of Virginia. Eleanor currently works at the Department of Defense in the Office of the General Counsel, co-teaches an Appellate Practice course at George Washington University Law School, and teaches a one-week fall course in Poland for The Catholic University of America, Columbus School of Law. Eleanor and her husband Tim live in Alexandria, VA with their two middle-school aged children. Tim retired in 2013 after 28 years in the Army. Eleanor has been a proud member of the Military Spouse JD Network since its founding in 2011. 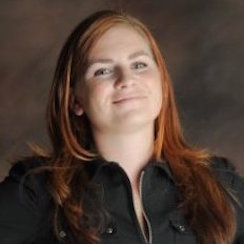 Libby Jamison has been an active member of MSJDN including her two years on the Board as Communications Director from 2013-2015. Libby is a Navy brat and spouse, and runs her own freelance practice focusing on business and family law. In addition to her work with MSJDN, Libby has volunteered with Junior League, legal aid, and her local spouse groups. In 2014, Libby was recognized by Jacksonville Area Legal Aid for Outstanding Pro Bono service and by the Jacksonville Junior League with their Community Service award. Libby runs her firm virtually, allowing her to practice from anywhere the Navy sends her husband, a helicopter pilot. So far, this has included California, Florida, Rhode Island, and most recently, Virginia. 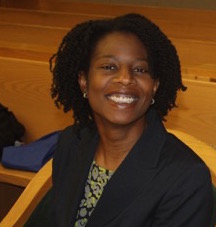 Erin Noble is member of the Virginia bar and has practiced in Federal sector labor and employment law for 14 years at several different agencies. Her husband is in the Army and currently stationed at the Pentagon. They have two children. In addition to her experience as a military spouse, Erin experienced life as a military child. Her father retired from the Navy after over 20 years of service. Erin’s family anticipates moving from Virginia to Washington in the summer of 2016. 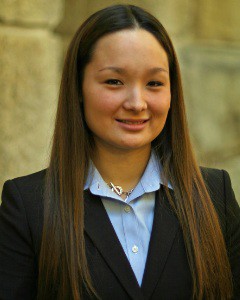 Katherine Goyette is currently working in Pueblo, Colorado as a Deputy District Attorney specializing in domestic violence cases. Katherine was appointed as co-chair of the Diversity Committee of the Kansas Bar Association and is actively involved with MSJDN, having previously served on the board as Treasurer-Elect and helping with rule change efforts in Kansas. Katherine is an avid runner and has completed multiple long-distance races, including an Ironman 70.3. She is married to an Army Field Artillery Officer stationed at Fort Carson, Colorado. Katherine has not accompanied her husband on two PCS moves in order to maintain legal employment. She recently became licensed in the state of Colorado under the court’s new military spouse certification rule, as a result of MSJDN efforts. Katherine’s father is a USMC Vietnam war veteran, Katherine’s grandfather flew a B-17 in the USAF during the Berlin Airlift, and her father-in-law served in both the Bosnia-Herzegovina conflict and the Iraq war. 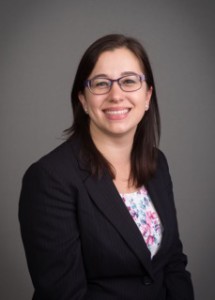 Camille Edwards Bennehoff experienced her first PCS in March 2016, moving to the DC area from San Diego after marrying her Naval Officer husband in January 2015. Camille and her husband met while she was finishing up her third year of a joint juris doctor/L.L.M. in taxation at USD Law. After law school Camille worked at PricewaterhouseCoopers LLP’s San Diego office in the state and local tax division. Camille focuses primarily on tax law, and is California barred as well as pending in District of Columbia, where she applied for admission by motion. Camille is passionate about serving low-income communities and public service, having previously volunteered for Volunteer Income Tax Assistance and Legal Aid Society of San Diego. Camille currently volunteers for Casa de Maryland and DC Bar Pro Bono Probate Resource Center. 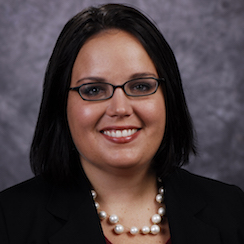 Elizabeth Hanning Smith has been actively involved with MSJDN including her time on the Board At-Large from 2014-2015. She is Senior Counsel, Commercial Litigation, in-house at Grange Insurance. Prior to going in-house Elizabeth was in private practice for 12 years with the law firm of Vorys, Sater, Seymour & Pease LLP, where her practice focused on complex civil litigation and employer liability law. She is the proud spouse of a (soon to be retired!) Ohio Army National Guard helicopter pilot and active mom to three.  While she counts herself lucky to have never had to face a military move, she has lived remotely from her husband to maintain her law practice and has juggled home and professional life while her husband of 14 years has been called to military duty overseas and out of state. Elizabeth also volunteers her time in her local community by serving on the Board of Trustees of the Columbus Literacy Council, the Mechanicsburg Public Library, and the Champaign County Ohio Law Library and Resources Board, and she is active with the 1-137 AV BN Family Readiness Group. 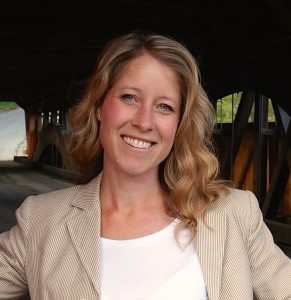 Johanna Thibault has been actively involved with MSJDN since January 2015 working on state licensing efforts in Tennessee. In July 2015, she took over as Tennessee State Licensing director, and further stepped into the role as MSJDN Blog Manager in November 2015.  Johanna is an environmental and energy law attorney that grew up in the military with a father in the Air Force for 20 years, and then married her law school sweetheart ten years ago before he joined the Army JAG Corps. Johanna is barred in Vermont and Virginia and has clerked for the Nuclear Regulatory Commission in D.C. and served as a legal assistance attorney for nearly two years at Fort Lee in Virginia. During her husband’s tour in Germany, she obtained her LL.M. in Environmental Law, and currently teaches energy law at Vermont Law School and Tulsa School of Law for their online degree programs. She is also Of Counsel for a solo practitioner in Vermont and a Volunteer Associate for Plains Justice, a not for profit organization that provides a legal and scientific voice for northern Great Plains communities. Her husband has recently resigned from active duty, and they are relocating back to Vermont where he will remain in the reserve corps. 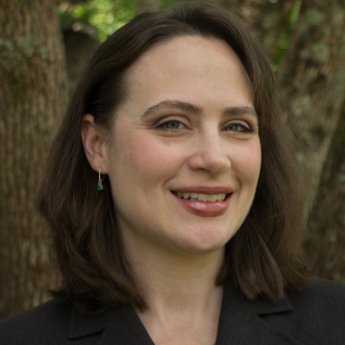 Karen is an attorney licensed in Illinois and is a native of Chicago.  She is married to a (retired) Army Simulations Officer. Before becoming an Army wife, Karen  practiced law with several small firms in and around Chicago.  Karen has been involved with MSJDN since 2011 and is committed to its mission of improving the lives of military spouses in the legal profession. Most recently, Karen has served as the Co-State Director for Florida for MSJDN’s State Licensing Committee, overseeing the efforts to enact a military spouse attorney licensing rule in the Sunshine State.  Karen and her husband have four little boys and reside in Orlando, Florida. 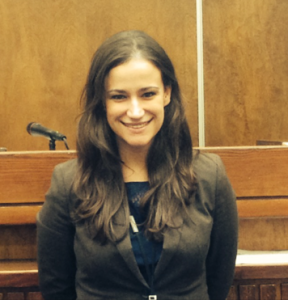 Gabriela Nostro has always utilized her legal career to further social justice. Gabriela worked as an Assistant District Attorney for the Fourth Prosecutorial District while her husband, a Marine Tank Officer, was stationed in Camp Lejeune, NC. Prior to that position, she worked as an attorney with the child abuse unit of the National District Attorneys Association in Alexandria, VA while he was stationed in Quantico. Gabriela has served as Director of MSJDN’s pro bono program, Justice for Military Families, since June 2015. Gabriela also serves on the Review Board for the Journal of Child Sexual Abuse. She is licensed to practice law in NY, DC and NC. Her family’s upcoming move from Newport, RI to Stuttgart, Germany will mark the fourth place Gabriela has lived with her husband. Gabriela and her husband have a beautiful son and are expecting their second little boy this summer. 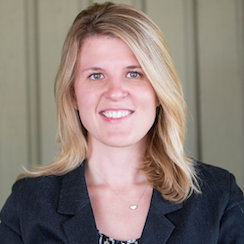 Lindsey Savage has been an active member of MSJDN including her positions on the Board as the Membership Chair from 2014-2015, and more recently as the Governance Director from 2015-2016. She is an attorney, Navy spouse, and  mother of two. In the last ten years, Lindsey has lived and worked in New York, Japan, California, and Washington.Lindsey also donates her time to her community by volunteering withJunior League and providing pro bono legal services to military families through our Justice for Military Families program and other non-profit organizations led by milspouses, such as Military Spouses of Strength. She is currently a Partner at Tollefsen Law, an international business law and litigation firm, and is admitted to practice law in NY, CA, and WA and before the U.S. Supreme Court. 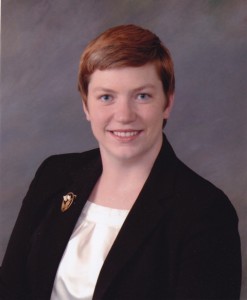 Tara N. Gaston is an attorney focusing on health care and antitrust law, medical malpractice, and family law (including adoption and assisted reproduction). In addition to volunteering for MSJDN, Tara is a founding board member of the Birth Rights Bar Association and a sought-after consultant on rights in pregnancy and childbirth. She is admitted to practice in New York and Washington States, as well as before the United States Supreme Court. Tara parents four children with her partner, a submariner reluctantly transitioning out of the Navy after eleven years. She is also completing a Master’s in Public Health, focusing on decision-making and outcomes in pregnancy and childbirth, with particular interest on how both are affected by the military’s culture and rank structure. 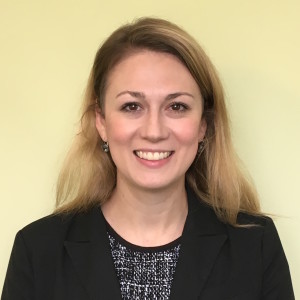 Sarah Ford is Texas native aspiring to advance the cause of access to justice for all individuals and is passionate about service for the underserved. She loves traveling and exploring each new duty station (three in as many years)! She currently works as a civilian attorney for the Department of Army. Prior to her work at the Army, she worked as an Equal Justice Works Fellow in Montgomery County, Texas, where she served victims of domestic violence and sexual assault in attaining permanent legal protections from their abusers. She also spent a year volunteering full-time at Fort Campbell Client Services. Sarah is a member of the Texas Bar Association and American Bar Association. She is married to an Army Officer and they are currently stationed at Fort Bragg, NC. Sarah also serves as the Pro Bono Coordinator for the Pro Bono Committee.

MSJDN proudly welcomes this new Board of Directors that will lead our incredible efforts into the next year. If you are a MSJDN member interested in volunteering on a committee, stay tuned for information on how you can get involved.