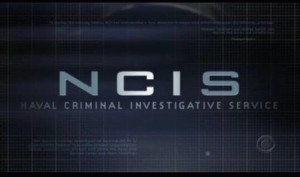 Like my Navy family, many of you reading this may be fans of NCIS, CBS’s long-running and extremely popular action drama series that focuses on the “sometimes complex and always amusing dynamics of a team forced to work together in high-stress situations.” To be sure, I would be a fan of the show even if my family had no link with the U.S. Navy, but it is always fun to see some familiar places and hear some familiar lingo on TV. Was I disappointed when our first real-life encounter with the Naval Criminal Investigative Service (don’t worry, they weren’t investigating us!) didn’t involve Agent Gibbs? Sure. And while that drove home the point that the show is fictional, it is unquestionably based on a real organization and features plausible storylines that often ring true for military families. And Tuesday night’s episode was no exception.

The episode begins (as NCIS episodes tend to do) with the early stages of a criminal investigation: Marine Master Sgt. David Marshall’s teenage son has just shot an intruder during an apparent home invasion, and NCIS is on the case. As the investigation ramps up, NCIS agents learn that before moving to Harpers Ferry, West Virginia, the Marshall family had been stationed in California, where Master Sgt. Marshall’s wife, Anne, had been an Assistant District Attorney with an “impressive conviction record.” That’s right! A military spouse attorney on NCIS! But the hit show didn’t stop there in highlighting the story of the military spouse attorney. Rather, this part of the episode’s plotline grew increasingly familiar to MSJDN members tuning in.

As Special Agent Timothy McGee and Probationary Agent Ellie Bishop are interviewing Anne Marshall, she dismisses the idea that her work could have put her family in danger, telling the agents that she works as a receptionist and the people she speaks to do not even know her name. McGee quickly responds with a quizzical, “we thought you were a lawyer?,” and Anne explains: “Not since we moved from California. To practice here, I have to pass the West Virginia Bar.” Indeed, this is a plot point all too familiar to many MSJDN members who have found themselves confronted with the prospect of taking bar exam after bar exam following PCS (Permanent Change of Station) moves.

Continuing the interview, Anne Marshall explains to McGee and Bishop that her family really needs her second income, so she works during the day and studies for the bar at night – another situation all too familiar to many MSJDN members. As I write this post, I have just within the past two weeks received word that I passed my third bar exam, which will give me my fourth license to practice law. I have studied at night while working full time and while parenting full time, and I know I am in good company with MSJDN members and military spouse attorneys around the country who are doing the same even now as the July bar exams approach.

Later in the episode, Bishop does some additional research on the Marshall family and approaches Special Agent Gibbs – the show’s main character who needs no introduction to those familiar with the series – remarking that, “the situation [Anne’s] in is completely unfair.” Bishop elaborates: “The only reason she can’t practice law here is because West Virginia’s bar doesn’t reciprocate with California. So, her 15 years of experience amount to nothing just because she crossed state lines.” Undoubtedly, MSJDN members around the world found themselves nodding their heads and sharing Bishop’s frustration as they viewed the episode! When Gibbs, true to character, instructs Bishop to focus on the case at hand, Bishop persists: “It’s not right, Gibbs. When troops fight for their country, their families do, too. Anne Marshall, all the military spouses out there – who fights for them?” Gibbs responds: “We do.” So does MSJDN. And so does another group that Bishop and Gibbs connect with during the episode: Joining Forces – the White House’s veterans and military spouses hiring initiative. Joining Forces has long recognized the challenges faced by military spouse attorneys, and MSJDN is proud to have their support.

MSJDN members also likely wondered just how Anne Marshall had managed to attain 15 years of practice experience in California before facing a military move. While the story was of course fictional, the situation is very real, and for many military spouse attorneys and their families, the desire to maintain a legal career means geobaching: the service member moves on to the next duty station while his or her family remains in their previous location. Indeed, half of MSJDN survey respondents in 2015 reported having lived separately from their service member in order to maintain a legal career. While the NCIS episode focused on the significant turmoil that deployments and spouse employment issues can create for military families, geobaching can create additional stress for families already frequently separated by deployments. For a more in-depth look at the challenges faced by military spouse attorneys, check out MSJDN’s 2015 survey findings.

Near the end of Tuesday night’s episode, Gibbs meets with a Navy Captain, “Andy,” who viewers learn has been looking into Anne Marshall’s situation at Gibbs’s request. Gibbs remarks that a “talented lawyer like that should be practicing, not starting over,” and Andy agrees but notes that “transferring professional certifications across state lines is a complicated process.” “That kind of legislation takes time,” he adds. Gibbs retorts: “How long does it take to do what’s right?” The captain is sympathetic, responding: “You and I both know situations like these affect military families all the time. But Joining Forces is making headway.” Indeed, MSJDN is grateful for the headway being made by Joining Forces and is well versed in the complicated processes – which vary by state – for transferring or obtaining law licenses. Even as MSJDN recently celebrated the nineteenth jurisdiction to adopt a licensing accommodation for military spouse attorneys, we continue the fight for military spouse attorneys and the push to secure licensing accommodations in all jurisdictions.

As the episode draws to a close, NCIS viewers see Anne Marshall at the White House following a Joining Forces roundtable she attended, and First Lady Michelle Obama herself makes an appearance on the episode. In the part of the episode perhaps most familiar to MSJDN members, Anne tells the First Lady that “listening to everyone’s stories – it made me feel like I’m not alone.” Time and time again, MSJDN members have stated that until they found MSJDN and its incredible network, they thought they were alone – the only one facing these unique and significant challenges in their careers. The First Lady responds to Mrs. Marshall: “Because you’re not alone, Anne. One of the reasons we hold these roundtables is to stay connected to our military families.”

Indeed, you are not alone, military spouse attorney. You are part of a vibrant, resilient, and ever-growing network of amazing military spouse professionals dedicated to pursuing their legal careers while supporting their service member’s military service. We thank NCIS and CBS for recognizing and highlighting the challenges faced by military spouse attorneys through this compelling storyline, and we look forward to the day when no matter where Anne Marshall moves, that jurisdiction will have a military spouse licensing accommodation in place.