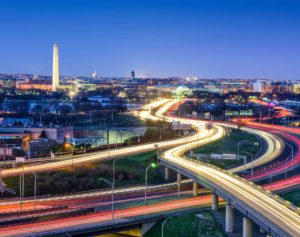 Looking forward to spending a weekend in Washington DC while attending Making the Right Moves 2016? There is so much going on in the city that with a day or two to spare you can sample the best of what our nation’s capital has to offer. Take a stroll on the National Mall, explore a museum or two that you haven’t seen, and spend an evening discovering a hip and family-friendly neighborhood. Whether you are planning on attending the conference solo or deciding to bring the family with you, there is plenty to keep everyone interested, entertained, and fed. The highlights below provide a peek into the political heart of America for those of us new to the city.

If you’ve not done it yet, spend an afternoon at the Lincoln Memorial – perfect for a picnic lunch spot, the classic façade and the inspirational messages engraved on the walls provide a great introduction to the gravity and beauty of the National Mall. Most museums on the Mall have free admission and are open from 10:00 am to 5:30 pm daily. While you’re there, you can drop by the Washington Monument, the Vietnam Veterans Memorial, and the National Museum of Natural History – a favorite for kids of all ages.

If you’ve got teenagers, they might be thrilled by the preserved giant hairball eaten by a 12 year-old or the encased bullet that killed Lincoln at the National Museum of Health and Medicine. Take them into the crypt at the Washington National Cathedral to see Hellen Keller’s ashes, and go on a hunt for the disgusting “corpse flower” at the Botanic Garden.

If you’re tired of museums and have seen it all before, go eat! The city is going through a restaurant Renaissance and the most recent additions to the scene are spectacular.

For the wanderers, DC has great neighborhoods, custom made for walking and exploring:

Shaw, a historic neighborhood settled partly by former slaves in 1860s, originated as a cultural hub for the city’s African American community. The neighborhood since has gone through many changes and is a wonderful place to start a stroll. Enjoy an excellent coffee and a flaky pastry at La Colombe, a fancy coffee shop tucked into an alley away from the hipster crowds.

Grab a beer and a snack at Right Proper Brewing Company and peruse some fancy pants at Redeem. You can end your evening at the Howard Theater, where the building itself is worth a visit even if you’re not up for entertainment after a long day.

The neighborhood next to Shaw is Bloomingdale, which hosts a wonderful farmers market on a Sunday at the corner of First and R streets for handmade cheeses and grass-fed meats. Next to the market is Big Bear Café, where excellent biscuits and cinnamon buns jive next to hearty lunch offerings such as skillet macaroni and cheese and a grass-fed beef burger. After a full day of exploring, make like a local and grab a fixed-price delectable Thai dinner at Thai X-ing, a tiny place in a rowhouse in the middle of a residential area (reservations suggested). For a fixed price, usually below $50, BYOB, you are treated to seven family-style courses that include the city-famous pumpkin curry.

Making the Right Moves is being held at 2200 Pennsylvania Avenue NW, in the heart of Foggy Bottom, one of the oldest late 18th and 19th-century neighborhoods in the District. Points of interest in neighborhood include the Kennedy Center for the Performing Arts and the infamous Watergate complex. It’s also home to the main campus of George Washington University. Stick around after MRM for happy hour at District Commons, a modern take on the traditional American tavern.

You won’t be bored in the Capitol City! Grab your ticket for MRM 2016 and we’ll see you soon!