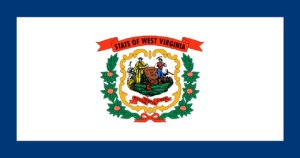 On October 25, 2016, the Supreme Court of Appeals of West Virginia entered an order adopting an amendment to the rules for the admission of law in West Virginia to allow military spouse attorneys temporary admission to the West Virginia Bar.

New Rule 4.7 requires than an applicant be admitted to practice law in another jurisdiction, establish that they meet general requirements for admission; have good moral character; disclose any criminal, disciplinary and or applicable civil proceedings; passage of the multistate professional responsibility examination; submission of evidence that they are a dependent spouse of a US servicemember that is on full-time, active duty orders to West Virginia; and not have previously been denied admission to the West Virginia bar within 5 years of application. Finally, Rule 4.7 requires that military spouse attorneys licensed under this new rule “agrees to advise all clients, prior to providing representation or services, that the attorney is temporarily admitted under the military spouse exception.”

The West Virginia military spouse rule has been pending before the Supreme Court of Appeals of West Virginia for almost the entire 2016 year. The Military Spouse JD Network submitted public comment in May 2016 citing its overwhelming support for rule 4.7.

While the military spouse attorney licensing rule was under consideration, the popular CBS show NCIS featured a story line involving a military spouse attorney relocating to West Virginia and encountering licensing barriers to continuing her legal career. Featuring First Lady Michelle Obama and the Joining Forces initiative, the episode was a huge hit with MSJDN members. With the new rule in place, perhaps NCIS can write a happy ending to that story line!

MSJDN State Licensing Director Karen Scanlan celebrated the passage of the rule, saying, “It is wonderful to see the support for career-minded military spouses reflected in this rule. West Virginia’s commitment to military families is commendable. ”