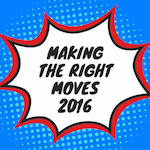 The morning’s sessions included information on leveraging professional networks with frequent military moves, as well as “PCS-proofing” a legal practice. Cait Clarke delivered the keynote address, sharing her expertise in negotiation skills and encouraging attendees to “dare to ask.” This was followed by a panel on leveraging networks, with experts from Ms. JD, the Women’s Bar Association of DC, and the Association of the United States Army.

The last morning panel on creating a “PCS-proof” practice was led by MSJDN’s President Josie Beets, who discussed personal branding, and President-Elect Elizabeth Jamison, who talked about setting up her own portable practice. FiscalNote’s Vice President of Operations Arthur Karell also presented on the use of technology in building a portable practice, and reminded all that attorneys are expected to keep up with relevant technological concerns.

Before the afternoon sessions, MSJDN presented member Janet Arnott with the Exceptional Service Award for her volunteer work, particularly in veterans’ affairs. Then V&E attorney Joshua Johnson presented a continuing legal education course on election law, looking at recent and upcoming cases. This was followed by a program on federal jobs for military spouses, including how to tailor applications to be most attractive to federal agencies.

The final session of the day was on building a career plan by lawyer and trainer Linda Mercurio. She led attendees through an interactive workshop on discovering their passions and goals, and developing a plan to achieve their professional goals.

Throughout the day, participants were also able to get résumé review services and professional headshots, as well as review a letter sent by the First Lady of the United States Michelle Obama, who acknowledged the work that MSJDN has done to support Gold Star families with pro bono services to through the Justice for Military Families program, while also working to improve the lives of its own members.

Additional sponsors for the Making the Rights Moves 2016 included USAA, the Association of the United States Army, Millie, and the Military Officers Association of America.