I have a confession. An addiction, even. And it’s time to come clean.

I know. You’re shocked. I have it so together, how could I buckle to such a vile internet addiction?

Well, it’s simple. Sometimes, it’s not enough to communicate in words. Sometimes, I need Dorothy Zbornak to articulate my feelings.

For the uninitiated, an animated GIF  (Graphics Interchange Format) file is a graphic image on a Web page that moves. You can send them in emails, your messaging app, Facebook, and Twitter. They’re way more expressive than “LOL” or even an emoji. They are also a source of unending joy in my daily life.

And, not to get too political, but we’ve all needed a little joy over the past couple of months. Regardless of what side you’re on, there have been disagreements, hurt feelings, harsh words, celebrations, and disappointments.

Ok, no politics. But considering the current political climate, it’s a great time to remember the lessons we’ve learned over the past year, and I’d like to share one with you, through the magic and joy of animated GIFs.

I attended college at Sweet Briar College, a small, women’s liberal arts college in the Blue Ridge mountains. It was a magical experience — we literally did this every day:

Seriously. It’s a special place. At Sweet Briar, I was able to build a solid foundation for success and resilience that has helped me at every stage of my life — particularly when I became a military spouse.

In March 2015, leadership at the college announced that the May graduation would be the college’s last and the school, founded in 1901, would be closing. Like many alumnae, I was crushed.

Immediately, it was clear the reasons for the closure didn’t add up, and the Sweet Briar community responded. Alumnae, professors, and students banded together with the surrounding community to fight back.

We organized, rabble-roused, raised $13 million (with pledges for millions more), and, in July 2015, saved our school. We did it because we love Sweet Briar — it’s where we came from and where we became who we are. But more than that, we saved Sweet Briar for the next generation of leaders.

Fast forward to Fall 2015. Sweet Briar was saved, but with a very small campus population. A campus that normally had 600 students had less than 300, with only two dozen members of the first-year class. The closure announcement had put a full stop on all recruiting, and most prospective students made arrangements elsewhere. The 24 first-years (we don’t call them freshmen at the all women’s college) who enrolled that fall at Sweet Briar? They are my heroes.

The school was quickly faced with yet another problem, this time with its sports teams. If Sweet Briar didn’t participate in the scheduled athletic games, it was at risk of losing its ability to play sports under NCAA rules, and it could take years to restore eligibility. But with the low enrollment the school faced, there weren’t enough athletes to fill out some of the teams.

The field hockey team, in particular, was coming up short. Faced with the prospect of losing their sport entirely, players walked through the dorms, knocking on doors and asking their classmates to join the team so they didn’t lose the team forever.

No experience? No problem. The response of their classmates was overwhelming. Instead of fearing personal humiliation due to a lack of athletic skill or on-field experience, they said, “Sure! How do I hold a field hockey stick? Show me where to stand.”

“Show me where to stand.” Can you imagine? For the Sweet Briar field hockey team, it didn’t matter if they knew how to play, the purpose was greater than just winning and losing. Even if they failed and lost every game (which they did), they were working towards something better, something bigger than themselves — they were saving these sports for those who would come after them.

The field hockey team became a symbol for the resilience of Sweet Briar. Crowds showed up to cheer for the team, larger crowds than most could remember. They fielded a full team each game, lost every single one, and celebrated after each game anyway.

A lot of people thought it would be impossible to save Sweet Briar. Or rebuild enrollment. Or piece together a field hockey team. But Sweet Briar students didn’t see the impossible, they just saw an opportunity to solve a problem. 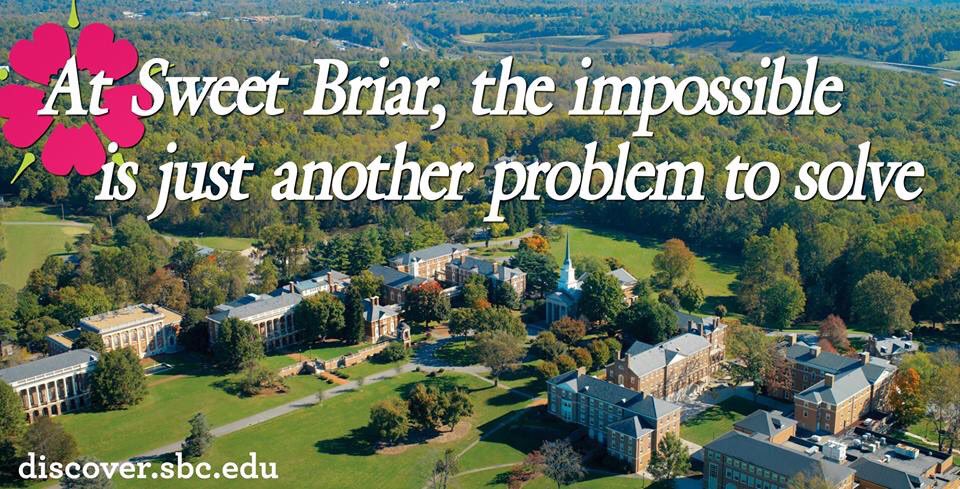 (Not a GIF, but still awesome!)

Like the Sweet Briar field hockey team, MSJDN has built a strong history of doing things that many (most?) people said was impossible. Changing the licensing rules. Finding companies that want to hire military spouse attorneys. Connecting our members to build a base of support. Getting the support of bar associations across the country. Some of my favorite conversations involve me telling a bar leader that, despite their protestations that a military spouse attorney accommodation will never happen in their state, an MSJDN rule was enacted last year, or we’re on the verge of passing one.

If you’ve wondered how to get involved, stop wondering now. Email one of our board members. Volunteer to organize an event in your town or one of our national events in DC. Be on the lookout for applications to serve on MSJDN’s Board, coming in February.

But above all, don’t stay on the bench. Get in the game, even if you don’t know how to hold a field hockey stick. We’ll show you where to stand, and promise you’ll be the better for it.