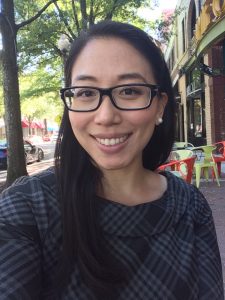 I was in the beginning of my legal career when I started dating my service member husband.  Before the inception of our relationship, I had contemplated the notion of being licensed in more than one jurisdiction in order to expand my legal career.  I had also contemplated the notion that I would not remain a practicing attorney throughout my career.  Once my husband and I decided to spend the rest of our lives together, the statistical probability increased of not remaining a practicing attorney.

Ideally, I would like to remain a practicing attorney.  Dudes, I accrued those student loans and those years of agonizing study and stress for something, right?  However, my husband and I agreed to be practical.  If I could find a nonlegal job or career that is conducive to the military lifestyle, why not consider and investigate the possibility?

That day came.  A friend approached me with a nonlegal job opportunity with her company.  Her company is in the technology business.  It is headquartered in Taiwan and the satellite office is in California, where my friend worked.  I am also originally from California.  The position was a sales position.  It would also allow me to work remotely!  The company offered a salary, with commission.  This position would require me to travel, so my sales territory would be the eastern half of the United States, including the south east.

My husband and I discussed the possibility and analyzed it out.  My husband has an engineering degree and I am a lawyer.  So what did we do?  We T-graphed it out!  Yup, we literally listed the pros and cons.  I will walk you through our analysis, although not every factor may apply to you.

As you can see, the pros outweighed the cons.  I ended up taking the job.  I stayed at the nonlegal sales position for my probationary period of 4 months.  I turned in my notice at the end of my probation and am so glad I did.  So what happened?

First, I had to learn a new industry.  I had to learn a different set of protocols and the unspoken rules of this new industry.  On the one hand, learning was not an issue.  On the other hand, it was expected for me to learn much more quickly than was explained to me, than what I expected, and what was reasonable.  That also meant that I was expected to start making sales much sooner than was explained to me, sooner than I expected, and sooner than what was reasonable.  To give you a better understanding of what this meant- it was expected of me to start making large sales within the first two months.

Second, working with my friend ended up being a terrible situation.  This is not to say that you should not work with a friend.  As an attorney, I feel I should make the caveat that working with a friend is dependent on a case by case basis.  Unfortunately, my case was not a good case.  There are many factors involved and that may need to be considered when working with a friend.  In my case, my friend does not like many things about my husband.  I have always known that she is not the biggest fan of my husband, but it had never been an issue before.  As coworkers, we spent more time together, which meant she would constantly negatively criticize my husband to me.  When I tried to change the subject, she would literally call me out on it and say, “Stop trying to change the subject.  I know you don’t like what I’m saying, but I’m right.”  She would negatively criticize me when it came to my relationship with my parents.  She would also negatively criticize my in-laws and I have a great relationship with my in-laws. Additionally, because my friend and I had known each other since college, she would regularly compare me to my college self.  Over ten years have passed.  Things change and people change.  Another factor to take into consideration is that before this job, my friend and I never worked together.  We had a college class together, which is how we became friends, but we never worked together in a professional environment.

Third, my friend and mother were good friends and would regularly keep in touch via text messages and phone calls.  As a result, my friend and mother would talk about me – my personal and professional life.  My friend would tell my mother about my job performance and her concerns about me.  As a result, my mother would tell me her own concerns and criticisms, based on what my friend was telling her.  It became a competition.  In other words, my mother regularly sided with my friend.

Fourth, management, in headquarters in Taiwan, were not happy with me.  For example, they were disappointed in my Chinese language skills.  Management had never met me before.  Their only interaction with me was through the conference calls, which were conducted in Chinese.  I had to learn new vocabulary specific to the industry, which effected my fluency and speaking ability.  Since moving away from California four years ago, my fluency has been affected because I do not speak Chinese as much as I used to.  Management was also disappointed with me because they expected me to transition much sooner and quicker than what was originally explained to me.  They expected me to start making large sales transactions very early on.  They communicated that to my supervisor, but not to me.  My supervisor told me this towards the end of my probation.

I became unhappy.  It felt like I left a bad job only to go to another bad job.  Towards the end of my probation, I thought long and hard.  I decided to quit.  This decision was not easy.  Changing to a nonlegal job was not a bad idea.  Unfortunately, I was not familiar with the industry and I literally had to start from scratch.  I needed time to adjust.  Unfortunately, that was not given to me.  Before I left, my supervisor explained that he understood that I was transitioning from a different career field and that he believed I would be successful with more time.  Time that I did not have.  He explained that to management in headquarters, as well.  Unfortunately, they were really pressuring him to get rid of me.  Although my supervisor was rooting for me, there was a corporate hierarchy.  My supervisor was disappointed when I turned in my notice, but he understood and wished me luck.

The relationship with my friend has been negatively impacted.  We have not been in touch since I left that job.  From my point of view, her behavior showed me more of her true nature.  It also showed me more of my mother’s nature.  For example, my mother has called me less since I left this job.  I am not recommending that you should never work with a friend.  What I am saying is that not every friend should work with each other.  Be aware of the nature of the friendship.  Perhaps even discuss the possibility of what to do in your friendship if working together does not work out.  Like a prenup?

I am definitely not happy with what I went through.  But I did go through it.  Such is life.  As many MSJDN members know there are many factors in life that we cannot control.  However, I learned a valuable lesson.  That lesson?  Be open and willing to give a career change a try.  But also know that it may not work and be willing to accept that.  If it does not work, continue to work hard and move on.

I am back as a practicing attorney and I enjoy the work I do.  I am in a better environment.  In hindsight, I cannot say that I would not make the same decision to take the nonlegal job.  Why?  Because I am in a better professional situation now.  I got my current job through a contact I made at my last legal job.  I learned a lot professionally and personally.

I have not listed the nonlegal job on my resume.  It has only come up once and my response was, “It was not a good fit.”  And it’s not a lie.  I had the nonlegal job for less than six months and stayed until the end of probation, so it is not worth mentioning.  If it does come up in the future, I won’t lie about it, but I also won’t go into detail.