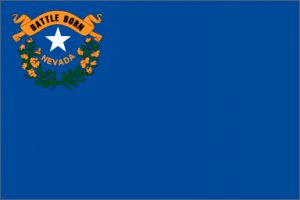 On March 21, 2018, the Supreme Court of Nevada issued an Order amending Supreme Court Rule 49 to provide temporary certification to practice law for attorney spouses of active duty military personnel. The new rule will be effective April 20, 2018.

The temporary certification is available to attorneys who are already admitted to practice law in another U.S. state, territory, or the District of Columbia, and who reside or intend within the next six months to reside in Nevada as a spouse of a member of the United States Uniformed Services. In addition to other requirements, the application requires evidence of the active practice of law for a cumulative total of five years, or a statement signed by the active member of the State Bar of Nevada who shall be directly supervising the applicant or by the department head of the agency employing the applicant. Military spouse attorneys may practice for up to four years under this certification.

With the passage of the Nevada accommodation, there are now 30 jurisdictions (29 states and 1 U.S. territory) that have enacted a licensing accommodation for military spouse attorneys.

“This new rule is a meaningful and practical solution that reduces a significant burden for military families.” said Military Spouse JD Network President Libby Jamison. “Now military spouse attorneys can continue a legal career while serving alongside their servicemember in Nevada.”