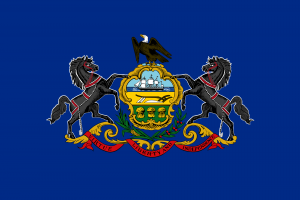 On January 29, 2019, the Pennsylvania Supreme Court’s Board of Law Examiners adopted a new rule that allows military spouse attorneys who accompany their servicemembers to the state to apply for a temporary license to practice law. The new rule goes into effect in July 2019.

Members of the legal and political community in Pennsylvania collaborated to garner support for this rule. Over the past two and a half years, Military Spouse JD Network worked with the Pennsylvania Bar Association, its past president Sharon Lopez, and Senator Kristin Phillips-Hill (R-York) to advocate for this rule.

“Moving across the country due to military service is a challenge for all families, but especially so for spouses who are unable to provide for their families due to a loss of the ability to pursue their career,” Phillips-Hill said. “Military spouses are already forced to make numerous sacrifices to honor their loved one’s military service. They shouldn’t have to give up on careers that they spent many years and many thousands of dollars to earn.”

The final rule allows military spouse attorneys to apply for a temporary license if they:

Many thanks to Military Spouse JD Network members Rachel Smith, Lauren E. Martin, and Alyn Beauregard for leading the efforts to pass this licensing rule in Pennsylvania.