As military spouses, we have become accustomed to uncertainty, whether it is location, job transition, or unpredictable changes of plans. Military spouses are resilient beings at their core. 2020 has been an extraordinary year filled with endless challenges and MSJDN celebrates the spouses who have handled the year exceptionally while also giving back to the community in which they so selflessly serve. 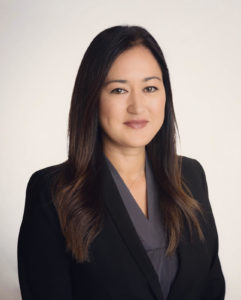 Debbie Aston, MSJDN’s Social Media Manager, was awarded MSJDN’s 2020 Volunteer Service Award because of her incredible handling of her position, selflessly giving her time and talents to serving MSJDN. Debbie is a Navy spouse and mom to three kids. Debbie is licensed in both Texas and Virginia and is also a member of the United States Supreme Court Bar. Debbie is currently an attorney at the Board of Veterans Appeals serving our military veterans professionally with the same incredible work ethic she applies to her role assisting military spouse attorneys in MSJDN. MSJDN is a volunteer-based organization that necessitates timely, engaging social media management to spread its messages in furtherance of our mission and Debbie has provided a creative spark to the job of promoting events. Without her prompt responses and attention to detail our members, partners, and the community at-large would be unaware of the amazing efforts, accomplishments, and endeavors MSJDN pursues daily.

MSJDN has awarded its first Pro Bono Volunteer Award to Alicen Rodolph. Alicen is a proud Army spouse who has been married to her husband, Luke, for ten years. She is currently a 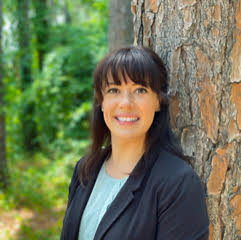 third-year law student at William & Mary Law School in Williamsburg, Virginia, where she has served on the Journal of Race, Gender, and Social Justice. Alicen is also the Co-Chair for the law school’s Public Service Fund and volunteers as an Intake Coordinator for the MSJDN Foundation’s Justice for Military Families. Alicen additionally devotes herself to assisting those in need by working and volunteering as a teacher, caregiver, and coach. Alicen has a strong passion for domestic violence and human trafficking awareness which prompted her work with Winrock International on their Trafficking-In-Persons Program addressing the issues of human trafficking and child marriage. Alicen’s most recent volunteer work with Justice for Military Families has allowed her to assist twelve Gold Star families with varying legal issues to include estate, probate, eviction, custody and fraud. In doing so she has assisted Gold Star families in saving thousands of dollars in legal fees. Most recently, Alicen was selected to serve in the Army JAG Corps which she will pursue after graduating in May 2021.

Thanks to the incredible efforts of its members, MSJDN has chosen to honor two members 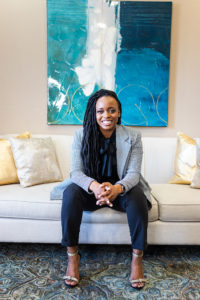 with its Exceptional Service Award this year. First, Judge Ebony Todd who served as a dual
military spouse prior to retiring from the United States Army as a Judge Advocate General Corps Officer. While on active duty, she served in Okinawa, Japan as a prosecutor and legal assistance attorney. Ebony also served at Fort Campbell, Kentucky as Special Victim’s Counsel. She is the Founder of Jackson, Todd, and Lambert P.L.L.C., a small firm that serves businesses, churches, and non-profits in Killeen, Texas. Ebony’s military experience advising commanders and leaders now informs her ability to advise leaders of the civilian community. Additionally, Ebony volunteers at the Killeen Food Care Center at least twice a month, is a member of Rotary International, is a founding board member of Innovation Black Chamber of Commerce, and founded the professional women’s support group, We Cover Down L.L.C. Ebony was appointed by Governor Gregg Abbott as Board Member of the Texas Board of Chiropractic Examiners where she serves as Licensee Chair. Ebony’s most recent accomplishment is her February 2020 appointment as the first black Municipal Court Judge of Nolanville, Texas, where she lives with her husband and their two children.

The second award recipient for Exceptional Service is Lindsay Kennedy. Lindsay is a stay-at-home mom, part-time lawyer, and military wife with two daughters in South Korea. Lindsay graduated in the top 10% of her class from Chase College of Law in 2007, where she clerked for Judge Smoak in the Northern District of Florida for two years and Judge Reeves in the Eastern District of Kentucky. Lindsay moved to Germany eight months later where she experienced both the joys and struggles of military life. She now lives in Korea with her family where she works as a volunteer for Hiring Our Heroes Military Spouse 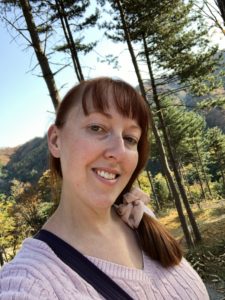 Network in South Korea. She has worked tirelessly to introduce policy and program initiatives to help military spouses gain meaningful employment opportunities, including implementing a program to allow spouses the chance to intern for federal government experience or to obtain hours to complete degrees and licensing programs. Lindsay has been heavily involved in the effort to establish a written policy concerning remote work in Korea, meeting with Korean attorneys, interpreting Korean law and policies to navigate SOFA and advocate for more clear guidance for spouses and their prospective employers. In addition to her work in South Korea, Lindsay has worked with Mothers Esquire Inc., a 501(c)(3) company whose mission is to achieve gender equity in the legal profession by improving promotion and retention rates for women in the legal field. Her work there included drafting the company’s by-laws, managing Mothers Esquire Inc.’s Facebook page, improving its website, maintaining its financials, and even helping to establish its board of directors. Most recently, Lindsay assisted a dear friend navigate the loss of her husband, Craig while she was in Korea. Craig was a husband, father, and soldier. Lindsay was able to combine her legal and military knowledge to provide invaluable assistance in her friend’s time of need for weeks until her friend returned home to the States.

Please, join us in congratulating and recognizing these incredible military spouse attorneys for their incredible contributions to our MSJDN community.