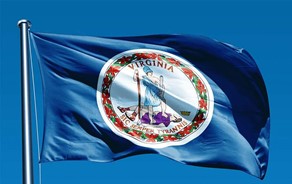 In February 2020, MSJDN filed a petition to amend Virginia’s military spouse admission rule to remove the requirement that all military spouse applicants practice under the direction and supervision of a local attorney. With the support of the Virginia State Bar and many public commenters, the petition was forwarded to the Virginia Supreme Court. MSJDN was surprised and dismayed to learn in late November that the Court has put forward its own proposed rule 1A:8, which would retain the supervision requirement unless a military spouse applicant can demonstrate five years of cumulative law practice experience.

The Court now seeks comments from the public regarding its proposed rule, including the amended supervision requirement. We need your help again to let Virginia know that the proposed rule simply doesn’t serve the needs of military families and won’t serve the interests of Virginians!

Of the 41 U.S. jurisdictions which have passed military spouse admission rules, only 9 include supervision requirements, with Virginia’s being one of the most cumbersome. MSJDN has heard from potential applicants and employers alike that the Virginia supervision requirement is simply untenable. Though Virginia has the third highest military population in the country, only about a dozen military spouses have used Virginia’s military spouse admission rule in the six years since it was adopted.

How can you help?

Please send a comment to the Supreme Court of Virginia no later than February 22, 2021.

You may incorporate MSJDN’s proposed language and share your own thoughts and experiences.

Share this story with your network using the buttons below and ask them to submit a comment in support of removing the supervision requirement.