CALL TO ACTION IN NEW MEXICO! 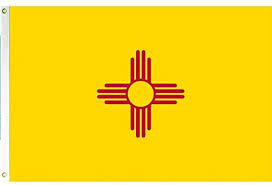 as from the military spouse attorney community. A full report describing the proposed rule is available here.

We need your help to let New Mexico know that the proposed rule serves the needs of military families as well as the New Mexico legal and military communities! New Mexico is the only state in the Southwest that does not have a military spouse attorney licensure accommodation, and one of only two states in the western United States that has not yet passed an accommodation rule.

How can you help? E-mail Katherine Lee Goyette at goyettek1@gmail.com with your thoughts and experiences to support our proposed New Mexico military spouse attorney law license accommodation rule!

Share this story with your social networking communities (below) and ask them to submit a comment to goyettek1@gmail.com in support of our proposed New Mexico temporary military spouse law license accommodation!