Beyond the Month—A Celebration of Hispanic Culture 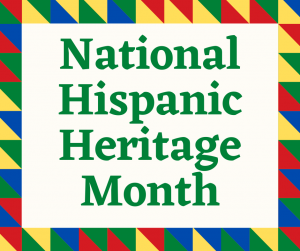 Hispanic Heritage month does not start at the beginning of September, as an acknowledgement to the diverse anniversaries of national independence for Latin American Countries—Costa Rica, El Salvador, Guatemala, Honduras and Nicaragua recognize September 15th as their national Independence Day. Followed by Mexico on September 16, Chile on September 18, and Belize on September 21.

Hispanic Heritage Month can mean a lot of things to a lot of different people. While my first thought is always delicious food, I think it is also important to acknowledge Hispanic representation in our legal field—particularly as women. Latina/Hispanic women represented only 1.4% of the nation’s lawyers in 2017. As military spouses we balance our family lives with our careers. Growing up in a predominantly Hispanic city I never stopped to think of how small a percentage I made up in the legal field.

I grew up in San Antonio, Texas. My father was from Torreón and my mother was raised in Eagle Pass. Growing up I was constantly fed ethnic food from tamales to tortas de camaron and fideo—to even crossing the border into Piedras Negras to have a Mexican Coca-cola (don’t be fooled there is a difference). It has never been truer for me than now, that you never really miss something until its gone.

As a kid in a predominantly Hispanic city, I was surrounded by so many tacos, downtown mercados, and Hispanic culture that you grow up both resenting its prevalence (hey-sometimes I just wanted a burger) while also taking for granted everyone has general awareness. As a military spouse moving away from the state I grew up in, I quickly learned how much I missed the authentic Hispanic culture I enjoyed in my home—especially the food.

The military spouse shares its own community-culture—rich in diversity and resiliency—that we can sometimes forget that not everyone grew up with the same background. This is truthfully one of the things I love the most about being a military spouse. The military melting pot has exposed and educated me to learn about other cultures in such a beautiful and unique way.

So how can we learn about Hispanic culture and continue to celebrate Hispanic Heritage beyond this past month?

There are a variety of ways, including watching films, shows, documentaries or listening to podcasts. For my fellow book enthusiasts we can also engage by picking up a book by a Hispanic author. We can also support local/Hispanic owned businesses.

Our families with kids can also check out museums like the Smithsonian they have some online learning resources that families can use as a guide to learn about Hispanic/Latino culture and history.  You can even play games like Loteria (I will say this one is a millennial version not the OG but it’s very entertaining).

For members who are interested, MSJDN also has a Diversity and Inclusion Committee (DEI) where we focus our efforts on providing various opportunities for change and inclusion within our legal military spouse community. If interested in joining please contact: membership@msjdn.org.

Naturally, as a Mexican woman myself my first thought is always my comfort food. We can celebrate Hispanic Heritage by enjoying a classic Hispanic dish. To that end, this is my father’s own ceviche recipe—which he may not be thrilled about me sharing, but we just won’t tell him. Keep in mind ceviche is one of those dishes that will be different everywhere you go or try it. This is one of the simplest recipes I thought lots of people always enjoy and the ingredients are typically found everywhere.

Step 1: Cook off the shrimp in some oil with just salt and pepper for seasoning and let it cool before adding it to everything. Now before you ask for my busy spouses, you can absolutely use pre-cooked store bought shrimp. It tastes just as good.

Step 2: Once cooled, place in a glass container and squeeze fresh lime juice until it is fully covered. This taste a lot better if you let it marinade for a few hours.

Step 3: Slice veggies mix into the container with the seafood and lime juice. Side note—if you’re putting serrano peppers I would recommend shelling out the veins and seeds as they can be a bit spicy if left in. Mix thoroughly.

Step 4: Add V8 juice (this depends on how much you’re making! No need to use the whole thing if you’re not making a bunch just eyeball it). Add Salt and Pepper to taste. Mix thoroughly.

AND THAT IS IT. Not even kidding, you can serve this with chips you can eat on its own. Pretty tasty, easy snack/dinner all around.

While we may not all come from the same backgrounds, we can still have fun learning about the diverse cultures and backgrounds we all come from as military spouses. As for me and my house, we will have tacos…mostly because my husband does not like vegetables. 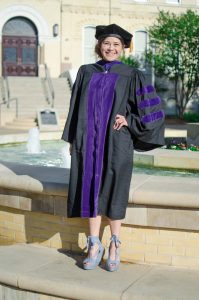 Katherine (Katie) Baum received her B.A. in Public Relations from Texas Tech University and her Juris Doctorate from St. Mary’s University School of Law. Prior to moving out of state to Virginia with her husband, she was a solo practioner in San Antonio, Texas working primarily on the criminal defense court appointment wheel. Since relocating, Katie has become a published author for Thomson Reuters publishing various works in their Causes of Actions manual. Katie is a dog mom to three fur babies and actively participates in MSJDN as the blog manager and a member of the Diversity and Inclusion Committee.