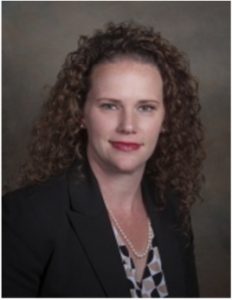 MSJDN Member, Carolyn (Cari) Wilson, lost her battle with metastatic breast cancer on
August 31, 2021. Carolyn was a criminal defense attorney, military spouse, dog mom, and amazing cook. Her strong passion for criminal defense work was evident and she had the best sense of humor about life in general. She is survived by her husband, Lt Col Stephen Wilson, USAF, her sister, her brother, and several nieces and nephews.

Cari was born to Robert and Mary (Huschka) Biede in Council Bluffs, Iowa. Upon graduation from St. Albert Catholic in Council Bluffs in 1993, she attended Creighton University in Omaha, Nebraska. She graduated with a B.A. in Psychology in 1997 and a J.D. from Creighton University Law School in 2000. Cari went on to pursue a career as a Public Defender in Douglas County, Nebraska for eight years. During that time, she met and married the love of her life, Stephen Wilson, an Air Force pilot, while he was assigned to nearby Ouffit Air Force Base. After a military assignment to Pensacola, Florida, Cari and Stephen returned to Omaha where she practiced civil law before returning to her calling as a Public Defender in Sarpy County, Nebraska. Cari’s passion was to be in the courtroom where she zealously fought to defend the Constitutional rights of her fellow Nebraskans in need.

In honor of Carolyn’s memory, donations may be made in her name to either the Refugee Empowerment Center (https://refugeeempowerment.org/donate/) or The Carolyn Wilson Public Defender Scholarship.

The late Cari Wilson graduated from Creighton University School of Law in 2000. She served as both a Douglas and Sarpy County Public Defender for almost 20 years. Never wavering in her commitment to the underserved and underrepresented, Cari made her mark by assuring access to justice to over 10,000 clients. She dedicated her career to making sure every client received zealous representation. It was a calling for Cari, which was evident to everyone she met. Cari made a difference doing what she loved. This dedication and passion for her job did not come without great personal cost. 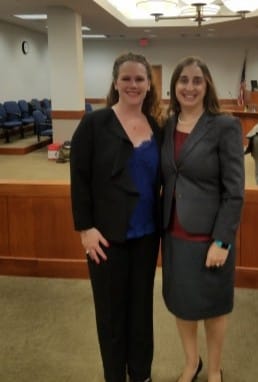 In order to attend law school, like many others, Cari needed financial aid. She obtained student loans to cover tuition, and eventually fulfill her dreams of being a Public Defender. Even after receiving grants and other forms of forgiveness, repayment of law school loans on a public sector salary is a daunting task. This fact often forces many public defenders to leave their post for more financially lucrative pastures. The Carolyn Wilson Public Defender Scholarship aims to support those practitioners that may be in a similar financial and career-path positions as Cari.

The scholarship will make an annual award towards repayment of the student loans of a public defender who demonstrates the same dedication and passion for representing indigent clients. The scholarship will be open to attorneys who have worked as full-time public defenders in Nebraska and Iowa for at least 5 years, as of the due date for application. Further, applicants must have verifiable law school loan debt of over $10,000.00 at that time.

For their willingness to walk in line with Cari’s path, the recipients can receive a token of recognition and help to lighten the financial burden of student loans. The funds will be paid towards law school loan balances. Through the scholarship, we hope to encourage attorneys to continue their public service. Cari taught us that we are all better than the worst decision we’ve ever made and that every person deserves the dignity of qualified counsel in the face of adversity.

Her family aspires to award a scholarship every year on Cari’s birthday, November 2, beginning in 2022. If you would like to donate to the scholarship fund you can mail a check to the Carolyn Wilson Public Defender Scholarship c/o Equitable Bank, 10855 W Dodge Rd #110, Omaha, NE 68154 or via Venmo at Cariwilsonscholarship@gmail.com.

Tributes to Cari, and her obituary, may be found online here.