My Game of Frogger with the Public Service Loan Forgiveness (“PSLF”) Program: Why the PSLF is not an equitable program for Military Spouses to utilize.

I had a moment on Veteran’s Day last week where I realized that the conditions of being a military spouse are hindering me from successfully utilizing the PSLF program. I feel like I am playing a game of Frogger (think Atari) in making progress with the PSLF program. I am working hard and every time I make a move, I am faced with a barrier. I have no clear path. I turn and pivot. Bang, I am thwarted by another barrier. Why can’t my Frogger self just get across the street to that PSLF finish line? That is when it hit me, there is a fundamental flaw in the rules of the game to qualify for PSLF for military spouses. My street keeps changing. I will never get across the street in the same amount of time as the other Froggers do.

The PSLF program provides that individuals who work in public service and make 120 payments (10 years of payments) on their student loan debt will have the remainder of that debt discharged.

I tell my story in the hopes of encouraging other military spouses to share their journey as a military spouse pursuing public service loan forgiveness. Currently, the service member’s military service counts towards public service. I want to take this a step further and propose that payments made to qualified loans while married to an active-duty service member are counted towards the 120 months of payments necessary for forgiveness.

Let me begin my story by stating that I am the first person in my family to go to college. At a young age, I understood my family was not able to assist me in paying for my education. To keep costs down I attended an in-state college for undergraduate. After undergraduate, I joined AmeriCorps serving for one year and this led to a Graduate Scholarship and Assistantship. I received a Master’s Degree in Public Policy. I was fiscally responsible but still missing what I knew was my calling.

I wanted to be an attorney.

After about four years of working, I decided to attend law school at night and work full-time during the day. I earned my Juris Doctorate after four very tiring years. I took out student loans to cover tuition for law school and my plan was to utilize PSLF. I was on my way towards forgiveness, clerking for a Family Court Judge, after law school.

Then my path changed. I fell in love and married my husband, who was and is an active-duty military member. After he returned from overseas, I cut my clerk year short by one month and we moved to Hawaii.  While I was licensed to practice law in one state, I was not licensed in the State of Hawaii.  I then studied for the Hawaii bar-exam, passed that bar exam and then worked full time for the Hawaii Attorney General’s Office.

Less than three years later we received orders to New York City. Even though we were stationed in Hawaii for almost three years, I was only able to make about two years of qualifying PSLF payments on my student loans due to the time spent earning my license to practice law and finding employment.

We then moved to New York City.  I secured a license to practice law after about six months after moving and shortly after landed a job as a per diem Administrative Law Judge in Manhattan. However, this job was not 40 hours a week and I was a contractual employee. Therefore, I also secured a job as an Impartial Hearing Officer for New York City. This job was also not a 40 hour a week employee wage job. The pandemic hit and I switched to an all-virtual practice of both jobs, with a newborn. I happily served as a Judge and Hearing Officer but without the benefit of PSLF forgiveness.

Eighteen-months after we arrived in New York City, we received orders to Michigan and moved again. I secured a law license about six months after moving to Michigan and gave birth to another child. I continued to practice in New York virtually until I can find work as a Michigan Attorney. Just last week a job I was excited to interview for retracted the interview because I had not been licensed to practice law in the State of Michigan for five years.

I am stuck in a difficult place because our street continually changes. We have received PCS orders three times in the past five years. Unfortunately, I owe significantly more in Federal student loans now than when I graduated because of the high interest rates.  As if that is not bad enough, I have very little time that can be counted towards qualifying public service for PSLF due to constantly moving, studying for bar exams, securing law licenses, searching for employment, and raising kids while my active-duty spouse works 24-hour shifts and gets deployed to serve our country.

This said, I believe in what my husband does. I am committed to his service, our family, and my own career. While I acknowledge that this debt is mine, I am seeking equity for military spouses to access the PSLF.  I want your help. I urge you to share your personal story of military spouse life. Maybe your story is like mine and you feel like you are playing Frogger. Maybe it isn’t. Either way, I am interested in hearing how you juggle being a military spouse and pursuing PSLF.

If you want to help advocate for a more equitable PSLF program. I urge you to contact your elected representatives about this issue. My plan is to put together a legislative packet for easy use to send/meet with your elected representatives. If you are interested in helping advocate for PSLF reform, lending your editing skills or sharing your story please email me at jmyoung@svsu.edu. We can do this together for a PSLF program that responds to our needs as our spouses serve the needs of this country. 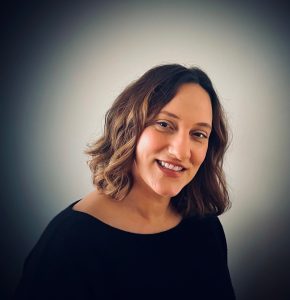 Jennifer is originally from Michigan and currently lives in Michigan. After undergraduate graduation, Jennifer served a year as an  Americorp  VISTA member and was placed in Delaware. Jennifer went to graduate school in Delaware, earning a Master’s degree in Urban Affairs and Public Policy. Jennifer worked full time for the Delaware Office of Defense Services and went to the Delaware Law School at night.  After law school, Jennifer moved to Hawaii with her active duty husband where she became an Impartial Hearing Officer with jurisdiction to hear matter that arise under the Individuals with Disabilities Education Act (IDEA) and Section 504. After three years in Hawaii, Jennifer and her husband moved to New York City where she served as an Impartial Hearing Officer. Jennifer currently serves in this role virtually.