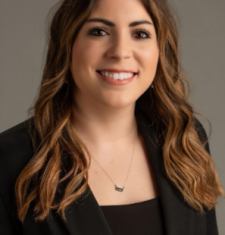 Jacqueline Blanchard is licensed in Illinois. Jacky earned her law degree from Northern Illinois University College of Law, and her bachelor’s degree from the University of Missouri – Columbia. She is currently a prosecutor, and previously practiced medical malpractice defense. Originally from a northern suburb of Chicago, Jacky currently resides in central Illinois with her husband, an active-duty Coast Guard Boatswain’s Mate, and their two dogs.

Jacky is committed to MSJDN’s mission of improving the lives of military spouses in the legal profession.