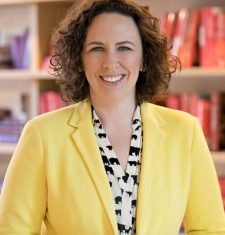 Josie is a licensed attorney, a nonprofit executive, a wife and a mom. She has presented on military spouse employment issues to the Department of Defense, the White House, the American Bar Association, and the U.S. Chamber of Commerce. She currently serves as Senior Director for SAFE Project, fulfilling their mission to contribute in a tangible way to overcoming the addiction epidemic, and previously served as the Senior Advisor to the President’s Management Council. Josie served as the 2016-2017 MSJDN President and has been involved with MSJDN since 2011. She was the founder of MSJDN’s pro bono program, Justice for Military Families, the first national military program to serve not just the servicemember but the families as well. Her karaoke go-to song is “Fancy” by Reba McEntire, with “We Belong” by Pat Benatar in a close second.