The Great Debate – Your Career or Mine? 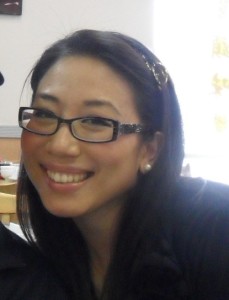 We have all been there – our career or the military? We face a decision between which side of our relationship will supersede the other. Our spouse’s (the service member’s) military career or our professional career as an attorney?  This is not an easy or enviable choice. Nevertheless it is a choice that many military spouses in the legal profession have had to consider. At the very least, this thought has crossed our minds at some point during our journey through the military lifestyle.

Speaking from personal experience, this is not a choice I ever thought I would be forced to make. I met my husband a little over half way through his military career. By that time, I had already graduated law school, passed the bar exam, and started my career. As our relationship progressed from dating to making serious plans for the future, my husband Patrick explained to me that he would have to PCS soon.  My jaw dropped when I began to realize the implications on my life and career.

We are now married and the challenges surrounding my career have continued. I’m fortunate to have a husband who does his best to plan his career around mine. For example, Patrick listed his top choices for his Intermediate Level Education (a school in the Army needed for the next level of promotion) in states specifically where I would have the chance to practice through reciprocity. Whether or not he gets his choice is completely out of our hands, but it shows he is doing his best to plan his career around me. But there are other options, all of which vary in degree of severity. Has he though of leaving the military before his PCS to North Carolina? Yes. These are the tough discussions happening in military households like ours around the globe.

Before PCSing, Patrick and I talked about what kind of trajectory our respective professional careers were on.  My husband has been in the military longer than I have been an attorney. Before his PCS, I was working for a legal services organization. I was not going to be a chief director, partner, or manager anytime soon. Patrick earned more than me and would continue to earn more than me. He will also retire from the military at a younger age (than the average civilian retirement age) and have a nice retirement package. Strategically, the military won. But it doesn’t always happen that way.

Take MSJDN member Lorna McMillion. Her husband recently decided to leave active duty and transition from being an active duty Sailor to a reservist.  Sacrifices and accommodations come in all forms and are not always on behalf of the attorney spouse.

Lorna’s husband, Nick, joined the Navy in 2006, before he and Lorna were married. They began as friends and he probably didn’t anticipate being married during his military career. They became romantically involved in early 2011 and married in mid-2012.  Like so many military couples, they lived apart for a while, but he was able to convince his commander to station him near Lorna. Nick became a recruiter and was successfully navigating his Navy career.

With both spouses being professionals and a growing family, life became more hectic and complicated.  “One thing was clear. We cannot both work 55 plus hours per week and still have time for our boys. It was driving us crazy,” Lorna stated. As Nick’s career advanced, the couple was posed with a difficulty: continued rapid advancement for Nick with a possibility of another deployment, but an inflexible interstate licensing issue for Lorna. Adding to the difficulty, law is a second career for Lorna, so she doesn’t have as many years of experience under her belt to meet the reciprocity requirements in many jurisdictions.

Lorna’s husband loves the military, but he is aware of the constant struggle for Lorna to maintain a career as an attorney and that she would probably spend just as much time re-applying for jobs and sitting for other states’ bar exams as she would actually practicing law. In their discussions about their careers and the future of their family, Lorna’s career as an attorney came out ahead.

Lorna feels guilty that her husband is “giving up” his career for her, but she’s happy that they will be staying in one place, allowing for her to continue progressing in her career. Lorna believes Nick is swallowing his pride and has been mulling over what his professional future could have been if he had stayed active. She worries that he might feel like less of a Sailor or somehow less valuable to society. As a supportive husband, Nick has told Lorna that he’s happy to stay home with her and their boys. He says he’ll treat her career as “our career”.

It’s important to remember that the spouses of service members, particularly those who are professionals like MSJDN members, are not the only ones who make sacrifices. The love and partnership we all have is a two way street. Service members are aware of the sacrifices we make and the service members make an effort to reciprocate, sometimes sacrificing their own careers as well.

As is so typical with military families, life is not perfect. Life does not go the way we want, how we hope or how we plan, but we make the best out of a difficult situation. While being a military attorney spouse is not easy, it can be equally difficult for the service member who observes and shares in the difficulties with us. Accommodations and sacrifices come in all forms and on behalf of one or/and both spouses. But no matter the situation, there is sacrifice when it comes to balancing a legal career with the unique demands of the military lifestyle.